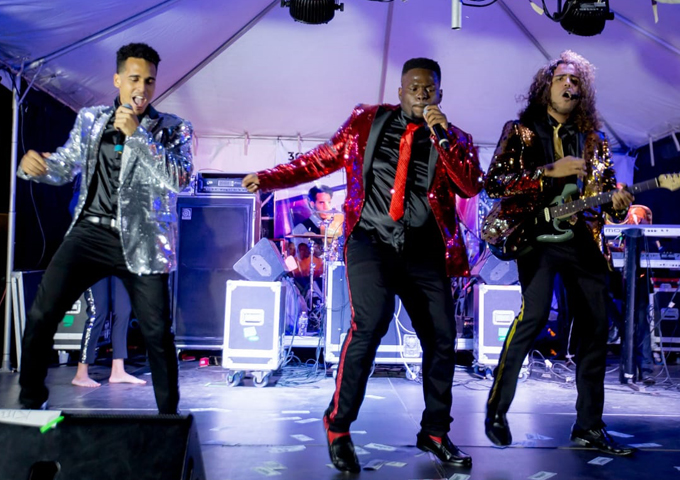 Showcasing adept versatility, naturalistic ease, and the dexterous ability to ride the razor thin line between anthemic pop and sugary R&B, the single “Wrong Lover”, finds the 3G’s releasing an inspired song that leans back to the nineties, while keeping a firm eye on the present. 3G’s is a multicultural trio from the British Virgin Islands and the Dominican Republic, who met at the H Lavity Stoutt Community College in the British Virgin Islands  in 2015 and started the trio in 2018.

The band who have been working hard on music since then, is made up of Wrinisck Rene De León (Santo Domingo, Dominican Republic), who has been singing since he can remember. Wrinisck brings a Latin flavor resembling influences of Marc Anthony and Hector Lavoe. Kitwan Djmon Maduro (Baugher’s Bay, Tortola, British Virgin Islands) began singing in the Youth Choir in the Road Town Methodist Church and the Elmore Stoutt High School Choir/Band. Kitwan brings a Pop/R&B feel, channeling Michael Jackson and James Brown.

The third member of 3G’s is Wrisberg Rene De León, who started studying music when he was 8 years old. Wrisberg brings both his singing and guitar chops to the band adding sound influences from Carlos Santana and Steve Vai. The all-important auxiliary figure in the band, is occupied by Eric Christian. Eric acts as Manager, Adviser, Composer and Pianist for the 3G’s. He was the actual Director of the college band where the trio met each other. Eric recognized the talent in what would become the 3G’s, and has been their guiding light ever since.

“Wrong Lover”, the new single by 3G’s is based on the concept of being “friend zoned” by a best friend or biggest crush, while she’s dating the biggest jerk on earth. The single is a glowing showcase of the bands R&B/Pop stylings, sounding as fresh and inventive as ever.  From the energetic escapism of the club rhythm, to the tight three-piece harmonies and the searing guitar solo, each member brings their own unique stylistic spin on the atmosphere, resulting in an eclectic mix that crosses boundaries of both genre and tone.

With “Wrong Lover” the 3G’s mix a collage of vibrant and contrasting sounds, as they switch between English and Spanish lyrics. Moving even closer towards listener expectations across the cultural globe. The final product is a hearty sonic blend that has something for everyone. This charming and surprising musical statement is steeped in infectious enjoyment and a level of nostalgia even the most ambitious acts are hesitant to exhibit.

The 3G’s are stripped of all pretense, fully leaning into their talents and desire to explore and showcase their sound. The band is definitely channeling and achieving the classic 90’s R&B pop tones, especially when they belt out the choruses of the song. Some may see this as old school, but the 3G’s have embraced the style wholly, and that has only empowered their sound.

“Wrong Lover” will get stuck in your head after a few listens, and is catchy enough to have you singing along on every possible occasion. Musically, the song is punchy and confident, driving the great blend of melodies and harmonies that keep the energy rolling strong and proudly. While the older retro trends come and go, you can never stop them from coming back. And when they come back as good as the 3G’s, it can only put a big smile on your face.