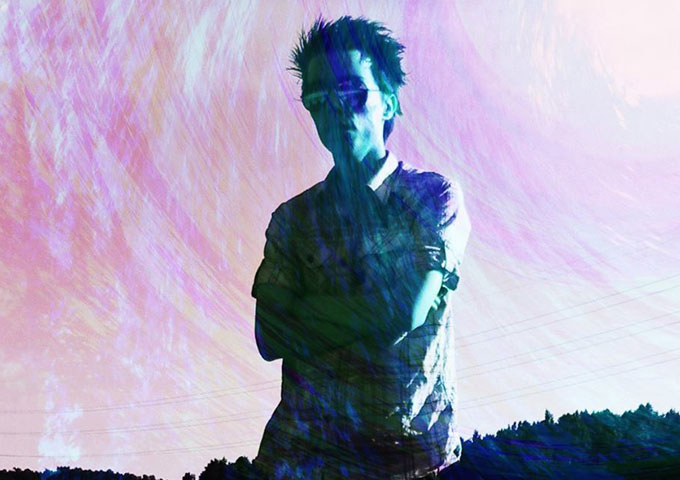 Located in Helsinki, Charming Timur was created by sole member Lauri Santeri Lohi in 2013. The project mostly focuses on the darkside of Alternative Metal, Nu Metal, Shoegaze and Post-Black Metal. After releasing the gritty debut record “A Brief Moment Of Existence” in 2014, Charming Timur has gone on to establish itself firmly into the underground metal scene worldwide through a series of subsequent album, EP and single releases. “Focused Rage”, the brand new 12 track album by Charming Timur brings his signature, contrasting sounds – towering intensity, pastoral shoegaze introspection, post-rock ambiance, detonating metal volume – and distills it, beautifully, into moments of apocalyptic elegance, and transcendental euphoria.

“Focused Rage” is a structural soundscape built from noisy foundations upward; from a climaxing guitar-rock spectra to a solid, blown-out, skyward-thrusting obelisk of sound. There’s percussive, dream-state rock thematics, basslines of existential fire courtesy of Damjan Kapor, and tremulous, foreboding vocals. This is Charming Timur’s most transporting album yet. It also hosts fully realized, but more stripped down, guitar dominated arrangements, like “Blackouts” and “Not The Same Anymore”. The opener, “Rampage Anthem” is a head-spinning double-helix dream echoing hard driving riffs and ethereal melodic vocals. This is music as a keep-out chrysalis, protective audio armor through exalting and portentous, dissonant guitar fuzz, warping at the edges, bending the world inside.

“Dangerous To Self And Others” ascends into explosive exorcism, its searching intensity whooshing towards infinity in a dazzling cosmic crescendo. We then move into some exceptional quiet/loud juxtaposition, with ambient metal wandering and more urgent vocals on “Hand Of God” and “A Bit Clingy”. These tracks expand on Charming Timur’s ever-increasing list of experimentation.

But the best comes with the back to back middle pair – “Breaking Free From The Samsara” and “Psychotic Depression”. The bass player hits hard and the tracks rage with understated fury. However, Charming Timur’s signature sound is constantly and slightly evolving, as he curates his canon-like sculptors, forever chipping away to perfect the smallest or noisiest detail. Lauri Santeri Lohi’s vacant vocals, which sound like they’re being suctioned by the microphone, are incredibly effective throughout these songs as he mixes screams with whispers and harmony with dissonance.

One might suspect that Charming Timur, forever enthused by the binary options of extreme noise and mind-mashing chaos, would’ve run out of steam by now. In a word: wrong. As is proved by “Against The Brainwashed”, but he is able to tone done the epic scale on tracks like “Not The Same Anymore”.

He leaves the very best for almost last, as the most complete and interesting song has to be “The Morning Meds”, with its ever-changing arrangement and mood. It is a nerve-wracking piece, full of foreboding and doom struck vocals and guitar riffs – but after repeated listening, I now count it as one of my favorites.

One last important recommendation: This, like all Charming Timur’s albums, is not background music meant for casual listening. It cries instead for a darkened room, top-shelf headphones, and for those inclined, perhaps a mood-altering substance of your choice.