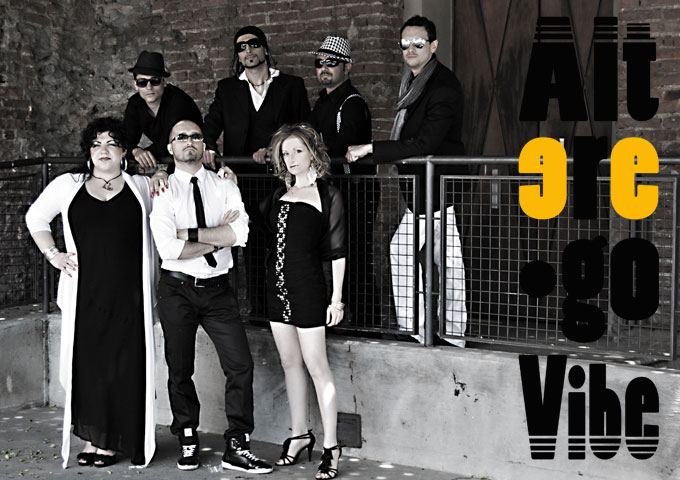 Alterego Vibe’s latest single release “Coming Back to Life” has already stirred up early interest amongst fans, established music blogs, websites and critiques- Now they have a music video to accompany this success.

Their new single “Coming Back to Life” has derived from their debut album “Back To Life”. The whole idea of this latest project is to cast a new energized and fresh sound and look, expressing a rebirth message to their fans, both new and old.

Alterego Vibe have produced their latest material, to cast themselves in a whole different light. They wanted to state a point and show how they have emerged from their darkest times, giving birth to something fresh and new.

The “Coming Back to Life” video starts with the band playing, soon followed by rich warm female vocals. There is also a great balance between female lead and male backing vocals. Percussion instruments are timed perfectly and there is a prominent funky bass rhythm in the background. The video is themed around red and gold colours, with a professional production and a glamorous female look to it.

Described as Acid-Pop Alterego Vibe would appeal to a broad range of music fans. With a blend of Jazz, Funk, Soul, R&B, Pop and Dance- They provide a great old round sound which would be ideal for almost any venue. The group are also talented musicians, who play real instruments (something that is becoming rarer these days in the popular music scene).

Formed in 2010 and originally based in Italy, started their journey mixing traditional soul roots & smooth lounge spirit over modern funky, R’n’B and pop rhythms. In January 2012, they created their first 4 track EP with first appearance on the Italian National Radio and in 2013 they settled down in UK where in October 2013 they released “Back To Life”, proudly written, recorded and produced by the band in it’s entirety. 10 days after release, their debut album reached No.6 and N.20 respectively in the Italian and French Amazon R&B / Soul Chart.