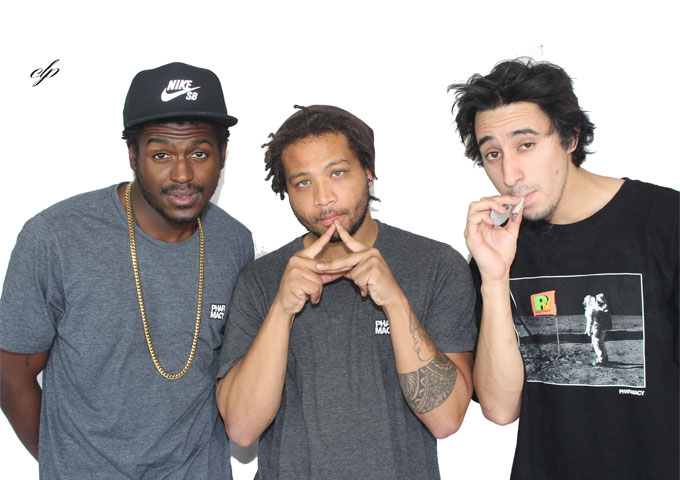 Crash Landed Productions is a cleverly brought together hip hop collective making some wonderful music. Beginning their journey together a mere year ago in the high desert of Southern California – Toka, Perceptive and AshD are determined to open the world’s eyes to a very unique sound and a very unique message.

Blending grimy, bouncy, lyrical hip hop over funky sounds routed from 90s culture, CLP is sure to make a lot of noise in the near future. Though each artist has their own solo career, it’s great to see artists come together, put all egos aside and just make explosive music people can move, shake, relate and skate to.

I’m looking to see a lot more from the dynamic collective in 2015, as they are all ready to release albums this year, as well as a collaborative album set to release early 2016. To hear more from CLP head over to WeCrashLanded and help them along their journey by sharing the music you hear, to your friends and on social media – everything helps.

For any inquires email:  WeCrashLanded@gmail.com