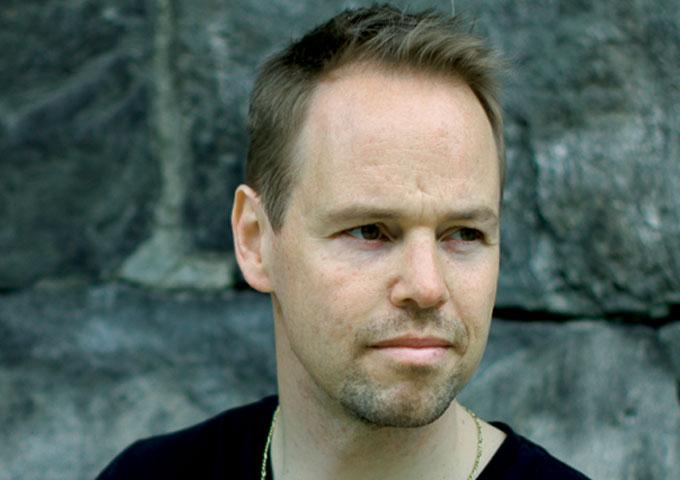 Per Defalva, simply known as Defalva started up as an artist in Sweden with several exhibitions. Per later turned towards music to expand his artist expressions. During the last 20 years he has released several records of original music. Most of them featuring the collaboration of producer Andreas Hedberg. In 2019 he released the 10 song concept album, entitled “Energy” – the sixth album in the series “On the Voyage Through Life”. “The theme is about the good or bad that fills people with energy,” explains Defalva. “This time the sound style is influenced by synth, electronic dance music, techno and house.”

On this album Defalva creates body music that circumvents the head to reach the spirit. He thoroughly examines sociological and psychological behavior that are unequivocally influenced by our energy – be that positive or negative energy. “Energy is life, regardless if it is destructive or not”, explains the artist, continuing: “It is the abstract fuel that states the power of our actions; that differs success from good efforts, manic from apathy, turns engagement to surveillance. It is energy that takes hate to levels of horrors that we never can forgive, but also boost the joy to dimensions where life feels blissful.”

Defalva matches the music’s expansive chords, driving beats and imposing aural textures with a vocal performance that radiates dramatic turns with sweetly captivating melodies. The true genius of this album lies in how timeless it sounds like. It feels utterly classic and contemporary at the same time, an achievement few artists can claim.

Defalva and Producer Andreas Hedberg have carved out a very unique sound, hitting sonic, lyrical and thematic heights at a time when modern music is rife with cloned shallowness. “Energy – On the Voyage Through Life” is certainly a ground shifting album for the electronic music industry.

From the moment “Leave this team” comes rumbling in, you are aware that something different is on the musical horizon. Notwithstanding the fact that this is electronic music, its structures are built on complex progressive rock foundations, while its narrative – both musically and lyrically – derives from a cinematic and soundtrack logic.

In that same breath it’s also fair to say that Defalva is not only an intellectually-inclined composer, but he also knows how to turn out a really catchy tune, which he fully demonstrates on “Just Do It”. As you run through these tracks, depending on your musical mindset, you will recall a whole brilliant bunch of disparate influences that somehow manage to infiltrate the sounds here.

“On My Own” throbs and pulses with a minimal lyric sheet, while “The Race” builds steadily from an aching whisper to a beating soar. Defalva’s seemingly innate knowledge of what sort of tone to aspire to with his voice makes each song all the more remarkable.

Though graceful and understated, Defalva’s vocals somehow always manage to dominate the music. It is most evident on the crunchy and abrasive backdrops of “The Game” and “Eternal Pulse”, where the vocal arrangements reach their apex. The distinct, hopeful and airy croon of Defalva’s tone, cascades in over the heavy percussion and dark basslines on “No Limit”.

The atmospheric, bass-driven and horn-infused “Trapped in a Circle”, is one of my favorite tracks on the album, and has an accessible melody that could easily charm mainstream radio. “The Trip” is upbeat and bouncy, wrapped in luscious mellifluous harmonies, before the album closes on a toned-down note with the carefully pondering “Morning Prayer”.

Whilst there is no such thing a perfect album, Defalva comes incredibly close to achieving it on “Energy – On the Voyage Through Life”, demonstrating a gorgeously sophisticated sound, whilst his unrestrained behavioral commentary resonates rather loudly.

Lyrically each song is fully fleshed out as, Defalva investigates the energies within, but I’ll leave you to unravel them for yourself. In conclusion, just when you thought electronic music was dominated by dancefloor bombast, Defalva comes along and blows stereotyped concepts for the genre out the water with an incredible piece of deep-thinking art that you owe it to yourself to listen to, at least once, and all the way through.

Connect with Defalva on FACEBOOK and find his music on CDBABY, SPOTIFY and all other major digital stores.