“808 Vampire” is the sign of an artist at his most complete, fully in control, and yet completely out of it, doubling down with his most distinguished batch of songs. If ever an album illustrated the diversity and gifts of its creator, this is it. But to understand and fully appreciate this master work, one must look at every ingredient accrued over dynamic, and sometimes troubled periods of time in G.E. Holliday’s life story which started out during the 90’s in Atlanta. Escaping, what he describes as, “crazy ex-girlfriends, crazed gangs, and a life pushing drugs,” Holliday set out to refocus, by leaving for college. There he caught the music bug, while graduation eluded him, his passion to create music did not. On returning to Atlanta he interned at several major recording studios and labels, taking in all he could learn. This eventually led to Holliday building his own recording studio, called Mag-Gre-Arts. This is where the artist would carve out his eclectic, cross-genre 11 track debut – “808 Vampire”.

This is an album made through a kaleidoscopic vision and alternate directions, and its production gives off the sense that G.E. Holliday set himself no boundaries or limits in its development. At least not in any linear sense. Holliday has parts and ideas everywhere, vying for a place on the album, and clearly only the strongest bits survived.

In short: “808 Vampire” is monster of an album, consisting of disparate moments of genius, where Soul, R&B, Goth, Pop, Industrial and Post-Rock co-exist in harmony. It has copious amounts of classic sounds too, and stands as a testament to G.E. Holliday’s musical diversity.

The opening track, “The Piper”, is a soulful tour-de-force that swirls with every ounce of Holliday’s personality and musical inclination. His voice slinking across the higher end of the sonic spectrum. But it’s “Heartbreakz” which signals the album’s first creative and performance apex.

“Lord Vanity” surges forward with a crunchy guitar and sneaky falsetto, before paving way for another album highlight – “Vampire Wedding”. The track personifies all the magic that Holliday and his Mag-Gre-Arts studio are capable of. Sexy with contrasting sound textures, gauged for maximal pleasure.

The urgent guitar drive of “Red Mink”, and the psychedelic head-nodding swirl of “Diggen-U” take us straight to the mellifluous urban groove of “Vamperella”. It’s clear that G.E. Holliday truly understands that songs can be crafted like movies, with characters, plots, twists and powerful imagery. And he uses this ploy with disarming perfection throughout the album.

“Hookerbrainz” is a musical and moral liberation of the highest order. Built on a slow club-infected beat and background chants, Holliday takes on a voyeuristic journey into the seductive twilight zone. This is followed by the baroque, chamber-pop instrumental sounds of “Mag-Gre-Arts”.

Most tantalizing of all, throughout this album, besides the performances by G.E. Holliday of course, is the profuse use of the 808’s, which add sheer weight and impulse to the proceedings. Another instrument that adds an extra dimension to this recording, is the electric six-string, which can again be savored in all its glory in on “Charlie X (Papergurl)”, and especially the brief closer, “The Wood-Oaks”.

Whether or not an eclectic album such as “808 Vampire”, is your personal thing, G.E. Holliday must be admired for his ambition, his output, his drive, and his unbelievable creative restlessness.

Anything he can think, any creative impulses that come to him, Holliday indulges in spontaneously, and without fear. Complementing his ambitious genre-fusing, is his gift for storytelling. G.E. Holliday is the type of creative that beats a new path for others to follow.

September 27, 2022
I’m from the Midwest collectively, I go by DUBEU (pronounced W) because doing what I…

Antonio Woodard – “Worth It” is ready to tear down the walls

September 27, 2022
Just what you want, another story! I hope you are surviving the day/week. "Worth It"…

Marlon Cherry rides in with “You are The Best”

September 27, 2022
Of Afro-Mauritian origins, Marlon Cherry is born in the tropical sun drenched city of Durban,… 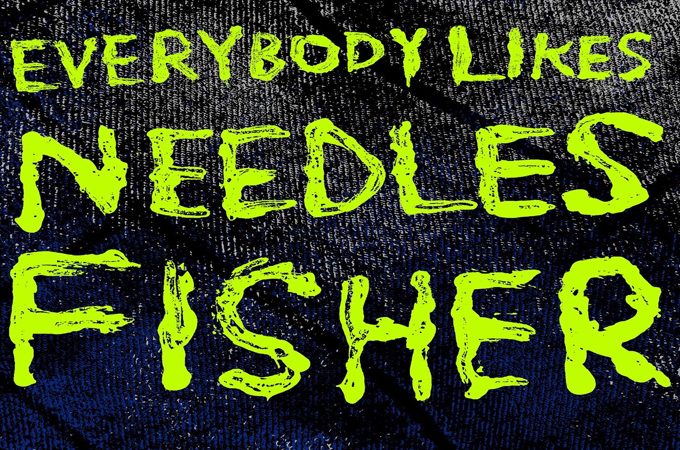