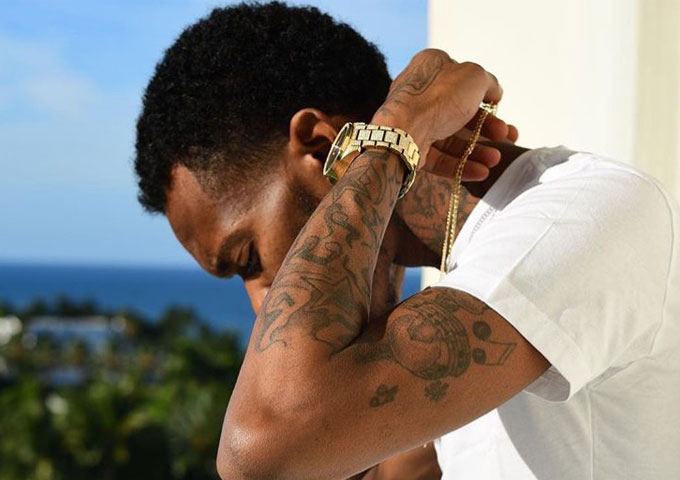 HotBoy Slick is a 23 year old artist from West Baltimore who creates rap songs with wicked flows and R&B undertones. A regular on the Baltimore underground scene for the last few years, Slick has loaded plenty of heart and soul into his new single, “Drug Musik” ft. Shy Glizzy, seeking a fast lane into the mainstream.  The song has not only garnered the artist spins in the local clubs, but also on 92Q, Baltimore’s #1 urban station.  Smooth yet tight vocals are laid over a breathy and atmospheric soundscape, and as HotBoy Slick goes between singing and rapping his verses you get lost in his world. It’s clear that “Drug Musik” is lyrically a personal track to Slick as he tackles relationship intricacies head on with his pen and paper.

The track doesn’t rely on the usual confrontational and profanity method so often used in this genre, but rather on personal testimony and declaration, as HotBoy Slick lays his thoughts on the table for all to hear. The dude tells you a story and takes you on a journey through his music.

You see the effort he put into it. This is the music he loves to make. He’s found his niche, his pocket, and he’s running with it. That’s him being true to himself. His real fans will support him. Down the line, I do want to see more from HotBoy Slick. We all do as fans of music in general. I think as he grows into his own, we will see even more creativity and growth.

HotBoy Slick is traditional in his sense of sound, but provides a new age twist – half rap, half R&B hybrid – and never does it seem as if he’s reaching for something he has no connection to musically. There are no contrived influences which is something to be said for most crossover rap and R&B acts these days.

He can easily take control of what he has created and surpass a lot of the artists now in the same lane. The key for Slick, is taking the calm, cool, collective trap vibe he has created on “Drug Musik” ft. Shy Glizzy and catapulting its sonic aesthetic to the masses.

The explosion of new underground artists to the mainstream scale is a cycle that will continue forever. The small rebellious minority that fiercely represent their creativity has always in some way managed to infiltrate what’s popular and successful to the masses. At his best, HotBoy Slick is an honest and emotional millennial whose songs strokes the soul, and whose talent is existent through his rhymes and his flow.