Introducing Ms Eva Marie who is slowly building a reputation in Atlanta as being a force to be reckoned with in Atlanta’s R&B and dance scene. She is currently in the studio working on her debut album with 4 time Grammy Winner Ralph Cacciurri (Outkast: Aquemini, Alicia Keys: As I Am, TLC: Fan Mail, Pink: Misunderstood, Lit: Tripping the Light Fantastic, among others). We have just released her first single and video Got What You Want which was directed by Marcelo Pancote who recently shot the new Gucci Mane and Big Baby videos. Look for her on tour this summer and her singles and videos for “Got What You Want” and “Jump Ship” on the radio, Spotify, and iTunes. 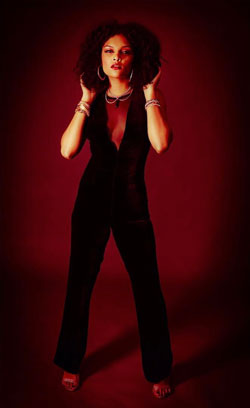 Eva Marie was born in the New Jersey suburb of Somerset, right across the river from Rutgers University. Even as a baby she demonstrated her powerful vocal chords that led her parents scrambling to find a pacifier to quiet her down. She began her career in show business as a child performing and training in Summer Drama Camps, which her mother used to engage her creative talent and spirit. By her early teens, the family moved to Atlanta, where Paula Walden discovered the New School of Music, and she enrolled Eva in Vocal training with a professional opera singer from Russia.

Eva performed successfully in the recitals, as a soprano, and Paula quickly knew Eva was bound for Stardom. Jay Z’s Empire State of Mind, put the wheels in motion, for the family to take Eva back to New York for more professional training. There she started working with a professional vocal coach to the stars, Lee Truesdale, a background singer to Diana Ross, for many years. He taught stars such as Stephanie Mills, Melba Moore. He increased Eva’s confidence, as well as developed her vocal range.

Eva’s favorite artists who have influenced her style, Whitney Houston, Lana Del Rey, Mariah Carey, Toni Braxton, have given Eva the showmanship, that will soon capture the hearts of many all over the world.

Eva Marie is currently working on her first album, and her videos for “Got What You Want” and “Jump Ship” is now being aired on YouTube. Unlike many industry singers, she is not a creation of the industry. She writes all of her own lyrics and is a triple threat as she has also dabbled in acting.

Look Out World!! A Major Superstar is in the making.