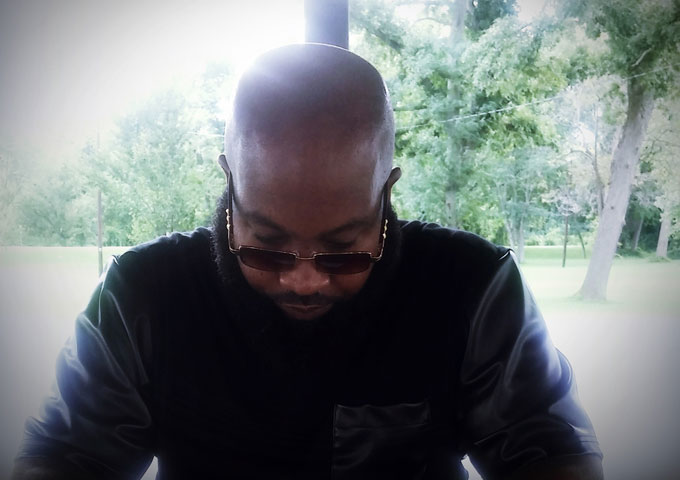 J Tizzle’s sound connects with our primal impulses while indulging our yearning for the technological. Synthy, bass-driven melodies with dark heavy beats, sometimes intertwined with samples, etch out tracks that are full of raw energy. It usually takes more than just a few listens to notice all the intricacies this South Bend born producer carefully crafts into each of his cuts. J Tizzle (Jeffery Townsend Sr.) stunned us with his previous releases, the debut album “Cosmic Journey” (2014) and the EP “The Chill Zone Vol 2”, the EP, “Transition” (2015), followed by “The Chill Zone Vol 2” (2017). Now in 2018, the man bounces right back with another powerful creation, the single “System Override”. This track is every bit as stunning as you’d expect from an electronic talent such as J Tizzle. “System Override” possesses a mysterious element that piques your curiosity from the minute the first bar digs in. Keyboards and strings melt into a heavy beat, while a spoken robotic voice creates an atmosphere that’s somewhat surreal.

There is an attention to detail in this work that gives the song several layers of intricacies, yet the production itself is seemingly effortless in its execution. Deep, soulful, sensitive, sharp-toothed, hypnotic and compellingly easy to listen to, could be some of the word to describe this tune.

A master of his craft who hasn’t lose touch with his hip-hop, electronica and R&B roots – J Tizzle’s  unique fusion of the futuristic and the classic continues to offer a beautifully hypnotic quality that’s nothing short of addictive. I know its hip, but calling J Tizzle a beat maker would be a very reductive term, or name tag, indeed.

As opposed to most contemporary beat makers, J Tizzle creates a huge gap between the similarities in his music and typical hip-hop beats. In fact, comparing him to any one of those kinds of producers would not do him justice.

Rather than exemplifying typical beat styles, J Tizzle offers listeners an almost spiritual and transcendental element of spacey electronic music that has elements which are drawn in from outside the urban music areas, provoking thought and coming off as more than meaningful for any genre.

This track reminds one that music making is truly art. Solid bass lines with layers of rhythm and languid melodies floating overhead, this is a real journey, not just a beat or a song.

Shining a spotlight of pure sensual electronic rhythm onto the dark and edgy corners of the universe, J Tizzle’s latest release, “System Override”, takes the listener down some futuristic corridors of sound while maintaining an elegant and almost cinematic stature. Once you’ve listened to this, you’ll be clawing at the walls in anticipation of any of his other works.