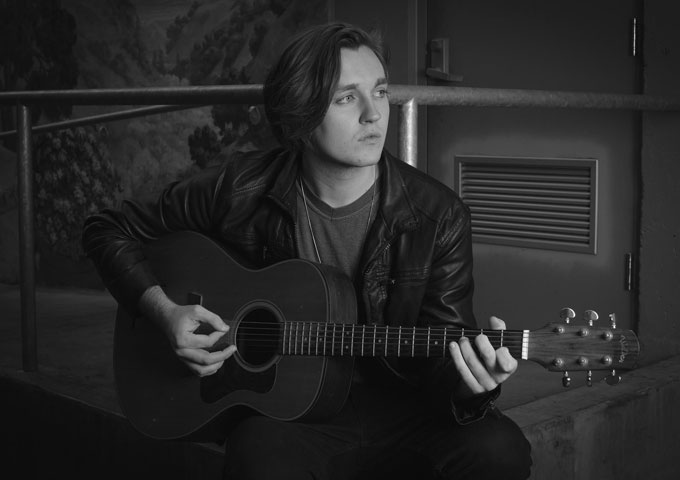 Jake Ward, a longtime singer-songwriter, producer, performer, and multi-instrumentalist with years of experience writing original songs, performing, and contributing to a plethora of musical projects. Ward attributes his musical awakening to listening to the Goo Goo Dolls when he was just 13 years old. His other musical influences include John Mayer, U2, The Script, and a ton of 2000s era pop punk, like Fall Out Boy, Panic at the Disco, All Time Low, and Yellowcard. Ward says that every one of his songs was written with an acoustic guitar as the base instrument. Jake Ward has now officially released his first solo musical project, “Sound With Intention”, a 5-track E.P produced entirely by himself and Nick Loiacono at Fang Studios in San Mateo.

Jake Ward has sort of perfected his own genre — acoustic indie-pop with some rock mixed in and electronic influences. Ward, as you will hear, is well-versed in the recent past. There’s no doubt he has spent his formative years studying the guitar scene of the post-millennium intently. But it is his air of confidence and zest that lifts Ward out of the cheese saturated pseudo-guitar quagmire inhabited by his odious ilk who profess to peddle wares of a similar nature. Jake Ward’s decent onto unsuspecting hordes of potential fans, with his EP, “Sound With Intention”, is one of tremendous hard work and belief, not just in his own ability but in order to ensure anyone outside of his hometown would take him seriously. That’s the absolute first feeling these songs gave me.

Ward’s stunningly melodious, yet spiky songs are tighter than a kiddie cap on a pill bottle. Each track is an economical three minutes or so with no wasted bars, or even notes for that matter. This the kind of music that is very hard to stop listening to once you’ve heard a few songs, because Ward gives you plenty in each song, but 3 minutes just seem not quite enough, forcing you to want to hear more – to discover how far he will push his skillset.

With his talent Ward can reach any audience, and it’s clear that he is very familiar with the construction of the pop matrix. It is evident from track one, “If You Leave Me Know”, with its sumptuous harmonies, glorious falsettos and jangling layers of gritty guitar.

It’s evident on track four, “Never Letting Go”, with its sweeping, epic choruses, and summer breeze-like sonics that is simply heartwarming. It’s evident on track five, “Picture Perfect”, with its soothing, feeling-good verses, the crisp and clean acoustic-guitar soundscape and the sweet as syrup choruses, which really are bittersweet when you listen to the lyrics. It really is all too evident, to simply overlook or miss listening to “Sound With Intention”.