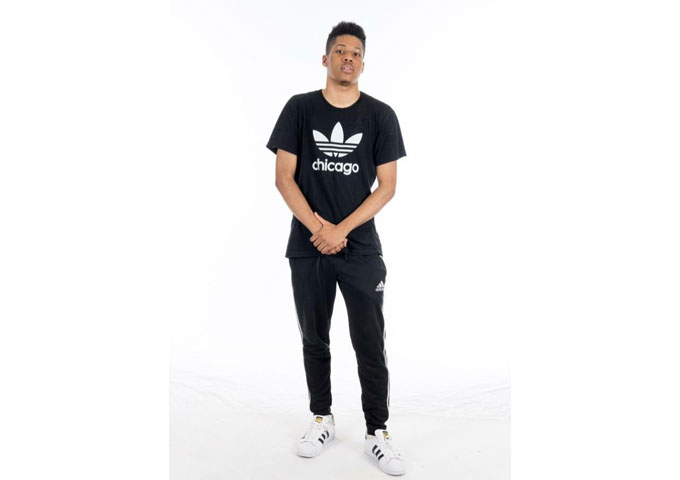 Born on the Southside of Chicago, Jaquez R. Hailey aka Jayy Queezy is hip hop and rap artist that brings an honest and genuine sound to the music industry. He started by working with good friends and members of Arrogant Fame Productions, Travie, Kurtiss Berry and Chief Marco, going on to record at local engineer D. P. Thurty’s studio. “The music is my life story, how I feel about my life now and how I would like my life to be,” says Jayy Queezy. “What I been through already and what I would like to go through in the future. That is why my expressions can’t be judged unless you know the background behind them.”

Jayy Queezy kicked off his career in June 2015 when he released his first video and song “I’m Just Livin Life the Remix” featuring Donny Konz. Since then he has gone on to win awards, appear on TV and top the local Charts. His latest thirteen-track, 2017 album is entitled “Revival of Hiphop”. This recording engages his audience, as they recognize the feelings and perspectives that will be revealed throughout the album, so Jayy manages to hold the attention of whoever is listening without having to force anything out of them.

The world of trap is fiercely competitive, so performers need clearly defined brands to stand out in a crowded field. Young Thug is the cross-dressing purveyor of hyper-slurred bars, Rae Sremmurd are skinny binge-loving lads and Fetty Wap has styled himself as a Halloween caricature of a mother-in-law’s worst nightmare.

Jayy Queezy’s identity revolves around the authenticity of his persona. In that regard, “Revival of Hiphop”, appears to be a credible record and one that details his experiences and thoughts through a realistic lens.

Jayy Queezy potential fans will love him for his wordplay and his ear for production. You get all of that on this album as it comes in at 13 songs. So when you hit play on a Jayy Queezy project, like this one, you will receive a few things: trap lyrics, production from hit makers, and outrageous lyrics.

Queezy shares his vocal timbre elegantly for this type of rawness and it not a bad thing at all, because it takes so little to get used to the whole record and dig into its enjoyment easily.

Jayy Queezy keeps it in his lane firmly and continues to ride on them hits from begging to end. Essential tracks include:  “Winning Remix” ( III Phil, Donny Konz, Katie Got Banz), “I Doubt It” (Kardier), “Out Da Doe” (Chief Marco), “What You Mean” ( Travie, Chief Marco), “I Need Me A Check”, “ Flossy” (Chief Marco, Tavie), and “I’m Just Livin’ Life (Donniy Kroz).

On this album, Jayy sounds revitalized, as the rhymes are tight and strong, and the roller coaster ride continues right until the final tracks of this recording, with “Hunid Bands Remix” ( III Phil, Donny Konz, Famous Dex) and “Life Ain’t No Game”. The result is an album that has many highs, and almost no lows.