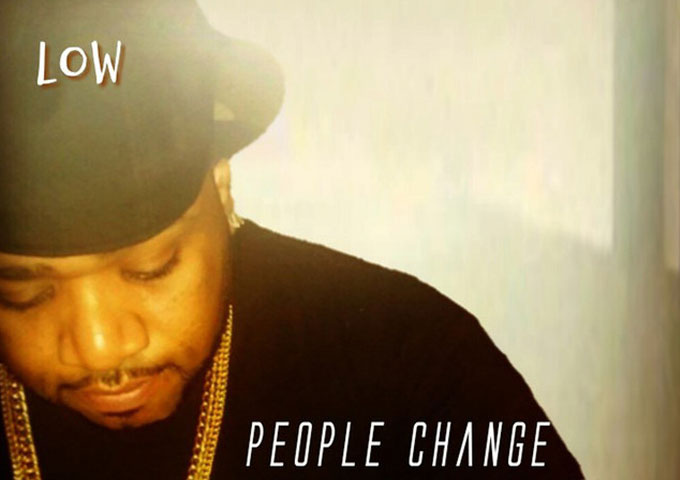 Music composer, songwriter writer, and performing artist, Low, is a hip hop artist from the Lower East Side. “3rd st and Ave D to be exact,” he states. His moniker “Low”, embodies a street mentality and New York State of mind, as well as his belief that keeping a low profile is the best way to survive when you’re doing dirt. Hip-hop has done a good job of brutalizing itself during these last few years. This is mostly because of the hybrid infiltrations of mumble and emo rap, and just about every flavor of music on the planet. Hardcore street rap has been disintegrating at this time, as well. It is replaced by a much softer form of hip-hop; one that is radio-friendly and full of pop hooks. However, on the streets of New York, there are a group rappers poised to give real rap a smashing comeback, and Low is a part of the operation.

Low has released his 9 track project sponsored by www.KartelRoutestreet.com and 8th Day Music LLC – 125-10 Music LLC – #hoodheatdjs HoodHeatradio. The album, “People Change” has a distinctly dissimilar feel to many other poppy rap records of our time. Low instantly draws comparisons to his peers from a better era in hip-hop, due to his commandingly aggressive presence as a mic controller.

“People Change” is a worthy enough album to draw such comparisons for its artist. Low is a solid rapper. He gruffly delivers his lyrics with an extremely suave, yet guttural feeling. You can almost feel the sense of power and entitlement that his voice seems to exude, and it’s a rather welcome change, when compared to the mumble, emo and pop-rap albums out now.

Put simply: Low asserts himself extremely well, and certainly proves that he can back up any labels that are slapped on him. Much like any type of street rap album, the lyrical content on “People Change” ranges from anecdotes and warnings about life on the street, to promiscuous hustler tales, to debauched poetry about crime and violence.

Some of the best examples of Low’s monstrous talent can be found on the incessantly hard rhyming “Criminal”, “Had To Ask”, “The Kennel”, and “One Round” ft. Apocalypse, all of which emanate a sense of overwhelming energy and pressure. But Low can bring on a smoother, warmer soulful heat too, which you’ll find on standouts, “NY a Jungle”, “People Change”, “Quite a World” and “So Lower”, which are all garnered by lusciously epic musical backdrops.

In fact, one of the more refreshing points about this project is the fantastic production. You’ll hear everything from soulful organic soundscapes, to straight-up drum and bass samplings. The music seems to cast the illusion of taking you everywhere – from the insides of a club, right down to the streets of the toughest hood in the world.

What is perhaps the greatest strength of the instrumentation on the whole is the lack of irksome repetition. The music flows smoothly, with little to no redundancy. It’s the kind of record where you put on one cut and wind up listening to the next three without even realizing it.

“People Change” is a superb project, and a must-own for just about any real hip-hop fan. It has a certain feeling of overall polish, which is rare for such a balls-out hip-hop project. From his gritty voice to his highly-varied flow and textured storytelling skills, Low creates a simply fantastic and captivating listening experience.