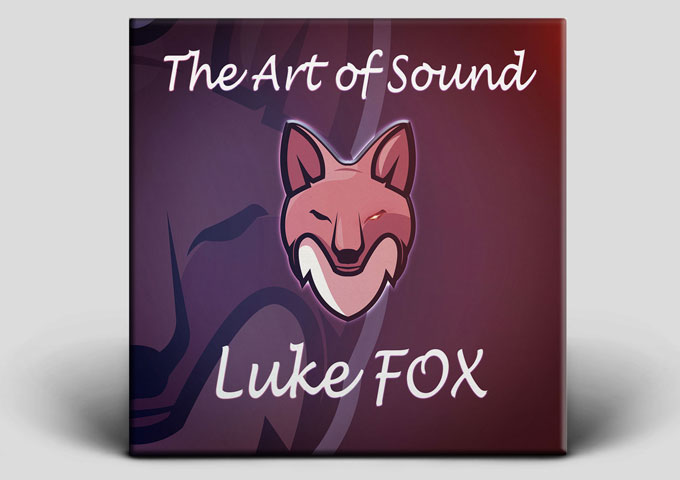 Lucas Cain Fox aka Luke Fox is an independent alternative artist from Orange County California. A keen piano player, Lucas writes, performs and produces his own music. Currently finalizing distribution details for his brand new album entitled “Art Of Sound”, Luke was kind enough to forward us a couple of tracks for preview, namely “I Had To Get Over You” and “The Only One For Me”. Sometimes you need a little energizing sound to go with your work. You can’t depend on the radio for it. Radio went to nothing after the 90’s. You could go for weeks and never hear anything new. Not like the 60’s and 70’s when new music was always happening.

So Luke Fox’s music is the kind of that you take to a coffee shop and hand to your friends so they can listen to it. You pop this in the player in your car and get that mood that you are there to conquer all…even if you have just lost your girl. Which just about sounds like what happened to Luke here.

The bigger story with these songs though, is the complete abdication of today’s trendy alternative minimalism. Unlike too many indie tunes built around one-dimensional tones Fox, drives grooving chord-threading that pass for honest-to-god songwriting. His songs burst out of their boxes with dizzying Technicolor touches and unexpected noises or inside-out harmonics.

“I Had To Get Over You” has a steady hypnotic pulse carved from the rhythmic granite of Fox’s keyboard and rumbling subsonic bass, with an avant-piano meltdown all throughout to signal the pent-up anger and frustration constantly on the boil in the song’s narrative.

Every mainstream rock record is an artifice, an assemblage of drum takes, punched-in guitar solos, carefully compressed vocals–all tweaked and re-tweaked and mixed down in the studio until the songs sound natural, as if a few young dudes huddled in a room together, plugged into their amps, and started bashing.

In an era when 16 year old’s can purchase a few hundred dollars’ worth of digital audio equipment and turn out tracks that sound like top 40 radio, even the grittiest lo-fi rock dispatches are the products of a conscious aesthetic choice.

Rather than work to keep up the illusion of spontaneous magic, like so many less interesting bands do without even realizing they’re doing it, Luke Fox takes mischievous pleasure in showing us the seams, the bare roots of his sound.

He raises his voice to a growl, forcing the vocals above the music, cutting through the mix he opens up and exposes the song’s disillusioned insides as it progresses – “I remember what you said, and I tried to be strong. But inside I am dead, the day you were gone…” These are the type of songs that cut to the core of the matter. And “The Only One For Me” takes the same visceral root, as Luke lyrically lays it on the line – “I am so broken I can die, without you right here by my side. You are the only one for me. You are the woman in my dreams.”

Clearly troubles of the heart were a recurring theme for Luke Fox during the recording of the album, but there is nothing more therapeutic than music, so there’s a good chance he’s gotten over it by now, and there is every possibility that these songs can help you too!