Matt Rouch: “The Beautiful and the Damned” – simplicity cut from a more complex cloth! 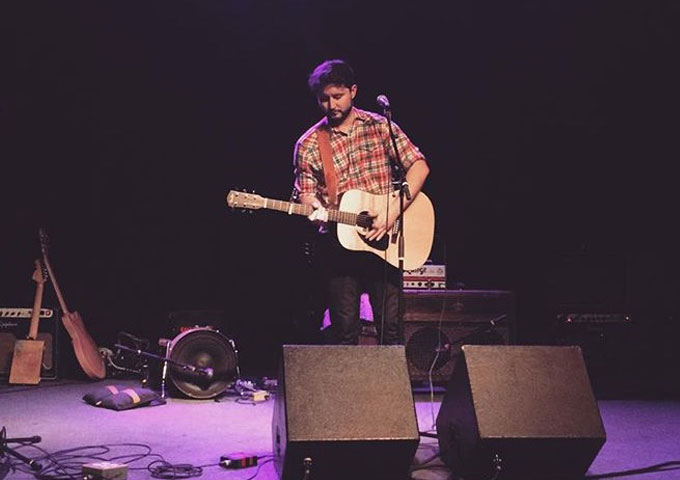 Hailing from Virginia and growing up near Washington, D.C., Matt Rouch has now landed in Denver, CO and is diligently working his way into the music scene. A long-time member of several bands on the east coast, Matt is taking on a new challenge – performing solo as a folk and country singer. Though influenced by contemporary acts such as The Decemberists, The Tallest Man on Earth, Iron and Wine, and The Milk Carton Kids, Matt still draws from the golden age of country and artists like Johnny Cash, Loretta Lynn, and Conway Twitty.

Matt Rouch has now released his 10-track album, “The Beautiful and the Damned”. You’ll find this melodic, harmonic and acoustic-infused full length album is a little bit country and a little bit folk and singer-songwriter, with both an independent streak and just the right amount of popular appeal – for fans of earnest American music.

Matt Rouch does sound a little like some of the artists that are very popular now, but there’s a reason for that. It’s because he is approaching his listeners from a place of authenticity, a place where country meets city, old meets new, and independent artistic effort meets widespread popular appeal. “The Beautiful and the Damned” is a terrific set of ten songs that features anything a person would want out of a modern-day folk album: soaring melodies, heartfelt lyrics, fast-paced build-ups and cool come-downs.

There is a very old quality to his songs, and an intensity and emotion that is missing from so much of today’s music. Matt can just wrench every piece of emotion from a line, and together with his acoustic guitar can grab your heart and squeeze. He achieves this easily on three tracks in a row – “Heartache in My Bones”, “Riders from the Hillside” and “Keep on Riding”.

If you like authentic folk instrumentation, soulful vocals and honest songwriting, then you’ll probably love “I’m No Angel”, “Black Noon Dawn”, “This Side Of Paradise” and “If I’ve Told You Once”. But there is something about all of the songs on “The Beautiful and the Damned” that transcends time and genre.

The music is totally infused with the sound of great acoustic folk, and even Country traditions and melded with contemporary lyricism and vocal intonations. Matt Rouch is cut from a more complex cloth than that of most of today’s cookie-cutter artists. His songs are very finely crafted; something which could easily be overlooked if one listened only superficially to them. And this reveals what is best about them: they are so wholesome and honest. The simplicity is beguiling, because real artistic prowess makes what is actually very difficult, seem so simple.

Matt Rouch’s music seems to fall seamlessly into the timeline of American roots music. Matt seems intimately connected to the best of what American folk music is all about and in the most sincere way. Apart from being meticulously conceived, executed and produced, it feels authentic!