Nick Driver: “The Drunken Buddhist” has that rare gift of uplift! 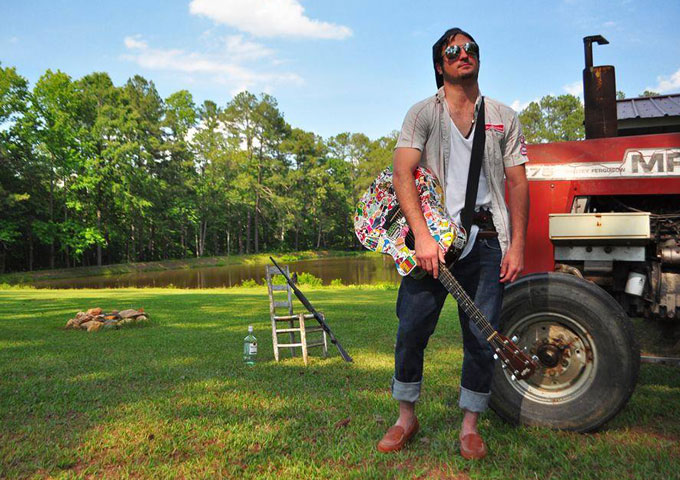 Nick Driver is singer-songwriter from Raleigh NC who has been featured as a top ten artist on Sirius Xm the Coffee House with his song “Let’s Stay Together” and won a John Lennon International Songwriting nomination for Folk with his song “Spare Me Some Change”. First recordings are occasionally best, but in Driver’s case, the best is almost always yet to come. And it comes thick and fast on his latest 9 track album release, “The Drunken Buddhist”. Nick Driver’s voice is flexible and expressive and his often complex melodies complement his lyrics and his unique style. The music has that rare gift of uplift; his voice and natural optimism seep into you without knowing and you find your spirit has risen since hitting play. Nick also has the gift of humility and coolness – he is one of those singer-songwriters you would actually feel comfortable hanging with.

Nick Driver is whimsical in his lyrics and style. I think he is playful and more eccentric in his musical style, but his lyrics are hard-hitting, with serious undertones. The album has soulful ballads, Driver’s hip-hop styled beats, and folk acoustic and rock stylings.

He may not have only one signature style, but he’s great on all the songs and exhibits his diverse musical influences with a whole lot of swagger. This album is one of those you could play over and over and you wouldn’t feel like it’s repetitive. I could probably leave this one in my player for the next few months without having to switch it out!

Nick Driver has the ability to open the mind and alter the mood. There is never a day so gray that a spin of his music won’t turn skies a brighter blue. With lyrics that can uplift or startle into thought, the combination of melody and written word can only be made better by the mood that his voice conveys.

Together with his cohorts, Buck Jones on bass and Engineer Jamie King, Nick lays down guitars, drums, keyboards and vocals, and whatever else it took to produce this album. Being able to capture and analyze emotions in a plethora of musical forms, all of which holds the distinctive sound of Nick Driver, he continues to amaze and enchant throughout the album.

From the upbeat hand-clapping anthem “I’m Gonna Party” to the slow burning reggae beat of “Little Bitches” and the brilliantly introspective “The Devil May Care”, Driver forges an astonishing vocal range and talent. His lyrics and music are powerful and witty, and struck a chord in me instantly.

But that’s just the beginning; Nick hits his lyrical stride on the caustic “Don’t Spit In My Food” which perfectly captures the unjust imbalances in long-term romantic relationships. The album closes on an extremely high note with “This World Could Use a Little More Love” which sees Nick Driver embracing social and racial problems. In between some of these tracks Nick drops some scathing skits, like on “The Not So Noble Truths Voicemails Interlude”.

All the good songwriters have disappeared and now we have all this crap cookie-cutter music. Fortunately we still have a few decent artists like Nick Driver.

Steve Sperandeo – “Dance With Me” elevates our everyday endeavors into something universally special
August 7, 2020

Aboutmeemo – “Far Away” – delivered with courage and conviction
July 23, 2020