The words which spring to mind to describe the self-titled Noise Therapy album centers a set of common themes: loud, turbulent, jagged, and ferocious. My way of phrasing would be that it doesn’t take its hand off the throttle for a second; the album gets your throat in a choke hold early on, then holds you out the car window at high speed. Only at a couple of points does proceedings slow down (well sort of), and that’s to fully unearth the menace rather than give you a breather. In any case, the Atlanta, Georgia based project is clearly unconcerned with making music for anyone except their fierce hardcore-loving selves. Which means you’re welcome to listen, but if you don’t dig it, that’s your problem, because they don’t give a shit at all.

In fact they make it quite clear in the album’s liner notes: “If you don’t like punk at all, you will absolutely loathe this project. Don’t come looking for great musicianship or innovative songwriting. This is raw punk rock, full of anger and energy.” I don’t think I’ve heard any band be this fucking honest since the previous decade!

The album opens up in a raw vein with “Monastic Transitions Just Isn’t Right”, and inside we see a white-hot nerve cluster fueled by the stripped-back garage sound of grimy guitar and bass. From there onward Noise Therapy doesn’t cater to anything except the next rush of adrenaline, the next high; it thrives on the left turn, the bait-and-switch, that wonderful tingling moment when your blood is up and you wonder “what the fuck am I listening to” with teeth bared.

It’s there in the brutally short runtime of each song, that the tracks are sequenced with the deliberate lack of easy hooks as a checkpoint. Let all that serve to reassure any doubts, then – this is a hardcore punk album, through and through. By the time the band hits “Fulton County Hidden Punk”, you’ll be immersed in the grating over-driven guitar riffs, the machine-gun drums, and the against-the-grain vocals.

“Those Cops Are Dangerous” and “Flop” begins with another explosive start. The visceral and noisy tracks set the bar quite high, as sharp guitars overlap the heavy bass and chaotic drums creating a dizzy blast of energy. The juxtaposition of the deadpan, almost spoken vocals, add an eerie dimension to the already dark proceedings here.

“Free Kaep” and “We Can’t Change The World” also continue this trend as well. Both tracks, while not as chaotic, pack the same punch and rage. The acoustic start on “Boredom Grows” will catch you off guard…but only for a few seconds, before the electrics set in again.

The mixing and production here is dense and thick. Though the guitars are sharp and piercing, and the bass driven together with the banging drums, the vocals are always perfectly audible up front in the mix. Surprisingly enough, the final two tracks, “Tough to Convince” and “Repeat Offender” were my favorite tracks – where most albums usually lose momentum, this one seemed stronger.

There are certainly worse ways to spend your time than listening to Noise Therapy and compared to recent albums from similar artists it fairs very well. Musically there’s a sense of intensity and anti-conformism to this album that’s demanding on untrained ears, but really is easy to get swept up in if you have an affinity for the genre. 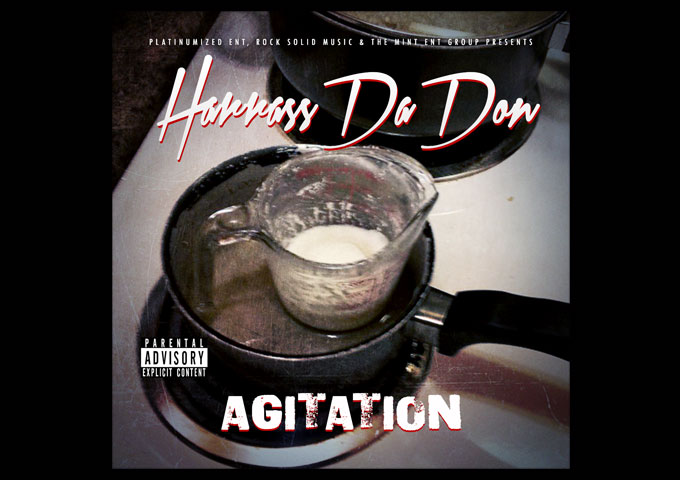