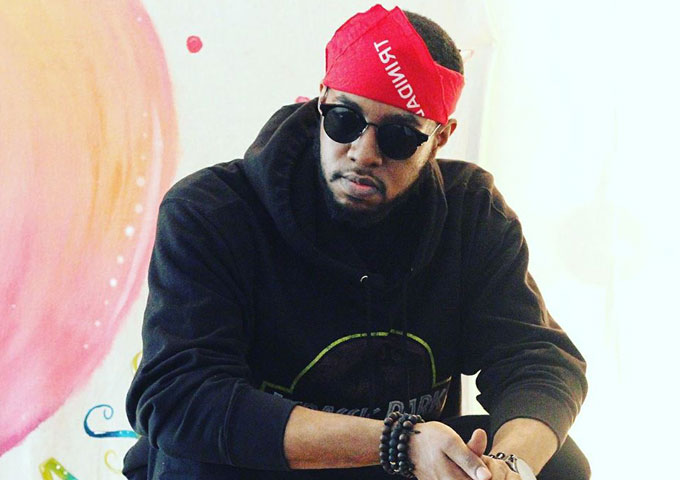 A founding member of the music collective Tribe Eternal Music Group, Pharaoh Lum is an independent HipHop artist from the Eastside of Pittsburgh PA. Over his short career in music he has shared the stage with the likes of Kevin Gates, Chevy Wood, Freeway, Bubba Sparxx, Das Rascist, as well as a slew of other national touring acts along with forming positive business relationships with Reebok, BET, Clique Vodka, and many more major brands. Pharoah has recently dropped his latest track, entitled “Show Her Off” (Prod by Cobannah White). And though this is a slow-burner with a minimal beat, Pharaoh Lum handles everything more or less awesomely, routinely delivering a standout-yet-natural hook and maintaining confidence and energy throughout. He’s a talent. Sharing the stage with the aforementioned artists would certainly have brought Pharoah critical recognition and more widespread publicity. He is however still in the unique spot of proving himself to a much larger audience, and his latest effort should go a long way in solidifying his status in the underground rap game.

“Show Her Off” (Prod by Cobannah White) is a perfect introduction to the dichotomy of Pharaoh Lum. While his style is very conducive to today’s popular rap flavors, he has a completely different notion and attitude towards chasing those particular type of hit styles.

“Show Her Off” (Prod by Cobannah White) makes it easy for listeners to take what they want from Pharoah. Two things that are everywhere in his music, is the tone of his elastic voice, and the stories he wants you to know. And to fill out these stories, he’s constantly thinking about the roles certain people play in his life.

This time around the song is: “dedicated to my queens that uplift everyone around them”, explains Pharoah himself. His acute sense of double entendre wordplay combined with his endless detail suggest his ceiling for lyrical smartness is high. Throughout the track, Pharaoh Lum shows the versatility that most upcoming artists are striving for. He mixes a sense of vulnerability yet playfulness, and uses an original set of tools to combine and weave his thoughts together into this track. Another great thing is that you don’t have to go and google Pharoah’s lyrics as there is no garbled verses here – this is a plus point.

His focus isn’t on spitting out rhymes as fast as possible, but it’s translating his stories and emotions across. For better or worse, the best way for an artist to directly connect with their fan-base is to make music that is a true representation of their character and lifestyle.

For now it seems that Pharaoh Lum doesn’t rely on anything besides representing his strengths and his flaws as honestly as possible. That makes him one of a rare breed.