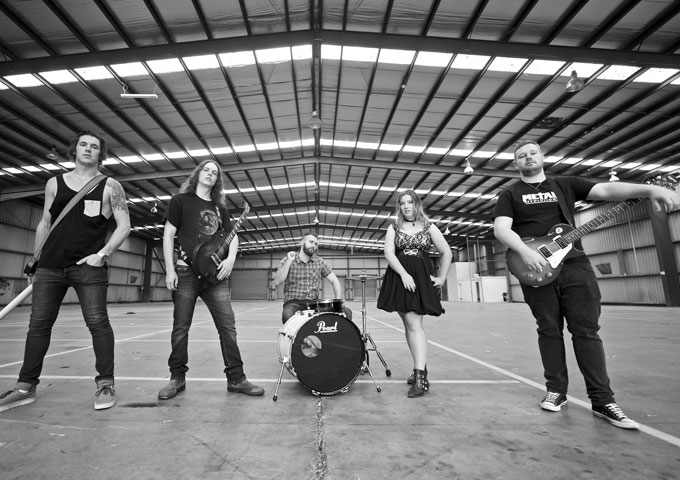 I will start off by saying I enjoy all rock music, and I especially appreciate a strong female power-voice. So when I was exposed to the band’s single “Would You Come Back”. The song pushed me over the edge. When it played it, I had to turn my player to the limits. Spook The Banshee is by far one of the most creative, adrenalizing, original and in-your-face young Metal/Rock bands around today, with tremendous cross-over potential.

The vocal range of Karlea Romanov is incredible, while the abilities of the rest of the band are equally impressive. The song moves from pounding drums and roaring vocals to melodic interludes, crushing riffs, and everything in between. Karlea’s voice is rich and sweet at times, and knife-sharp and heavy at others.

If you want smoothing vocals and enjoy elevator music then “Would You Come Back” is not for you.  This song kicks you in the balls and leaves you wanting more. It has a bass-line that you can feel all the way in your nether regions.

However, even though the song is heavy with gritty guitars, a banging beat and some wicked vocals, all fitting to be cranked up to eleven. There are also subtleties in this music that reveal themselves with every play; moments in the notes and the words that betray deft composition and emotional gravitas. With musical variety and experimentation of sound, balanced by a consistency of style, there are very few things out of place in this recording.

If you like hard rock, metal, and just plain awesome guitar riffs and solid drumbeats this track is for you. Many people complain that rock music isn’t what it used to be or that there isn’t any good rock music around anymore…those people would be wrong…if we consider Spook The Banshee.

“Would You Come Back” is one of those songs that just leave your jaw dropped in awe. It would be interesting to see what their future endeavors shall bring to the forefront of metal and rock.  I can only hope that somewhere out there Spook The Banshee will get the play and develop the following which I feel is greatly deserved.