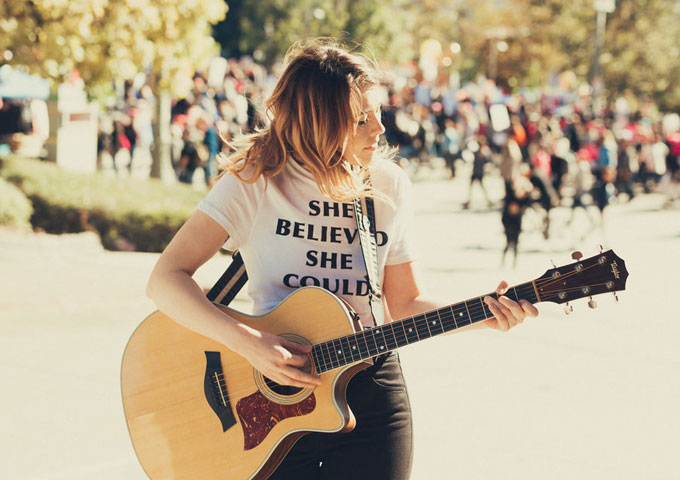 Sydney Sprague is an Americana/Indie Alternative/POP songwriter currently based out of Scottsdale, Arizona. The Texas born artist had her debut in 2008 with her EP “You Gotta Start Somewhere”. She pours heart and soul into her work which is often centered on female empowerment and socio-political issues afflicting modern society. The raw emotion and venom of her music is so vivid you can almost see fumes of fury coming out of your media player on listening to her songs. The obvious attraction many people find to Sydney’s music is her lyrical work. It’s not so much that it’s absolutely eloquent, but more so that it’s brutally honest most of the time, something that only a handful of female songwriters are capable of doing while hanging onto any sort of popularity. She tells what she feels, how she feels, and every reason why she feels the way she does on about certain themes and topics. You’d have to back to the sixties singer songwriters to find such caring candidness.

Sydney Sprague has got a take no prisoner’s attitude and a strong musical basis for working her craft with. Listening to her brand new single, “ABomb”, I can’t imagine any performer who storms the building and overpowers the amplifiers with a truly soulful delivery and powerful feminist statements as she does. One can sense that Sidney holds nothing back and that she is living with us in this world of unfair and unjust chaos, wearing her heart on her sleeve while being strong yet vulnerable to the same emotions, dreams and desires we all share.

If there’s one thing Sidney’s voice is good at, it is in capturing the authenticness of a young woman who is clearly concerned for the world, and especially the female species. Her songs stand by themselves, the only important instrument being her wonderful and unique vocal delivery.

The instrumentation melds electronic and organic sounds together in an upbeat anthem ready to inspire, enlighten and uplift. The level of honesty can’t be ignored. When Sydney has something to say she says it in a way that most people can relate to.

The musical arrangement, lyrical content and the way the song falls together has all the makings for a timeless protest song, unbounded by trends and styles. A total rarity in today’s musical climate. It’s angry, it’s real, and it’s all around perfect.

Her music is sophisticated and intelligent, yet very earthly, and not as artistic as to alienate herself from her listeners.  Sydney Sprague is original, fresh and one-of-a-kind; any attempt to stick a label on her would be futile.

“ABomb” tells you most everything you need to know about one of today’s new creative and conscious recording artists, and is a beautiful song that’s always a pleasure to listen to, over and above the powerful statement it makes. Also check out the stunning video, by Darrin Bush & Natasha Wilson which perfectly suits the song’s overall narrative.