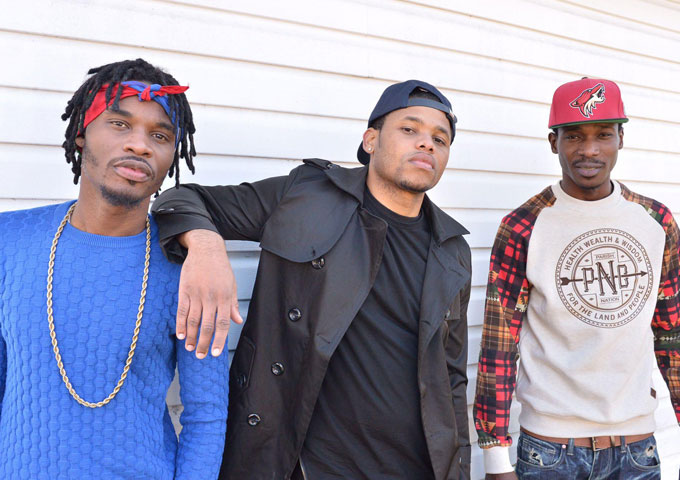 Straight out of Brooklyn comes a collective by the name of The Bros – @TheBrosBK @TheRealLilHaiti @iamkushflo and @R.sejour have been taking the social media by storm with their latest track #HitTheWave. The Bros have millions of views combined on their Facebook, YouTube and Soundcloud links. They teamed up with New York’s #1 DJ, Power105.1’s The Bronx Bomber,  @DjWillNyc and Entrepreneur Parnell Gervais (@IamWhatspoppin) from #ThoroughConsulting and their single “Hit The Wave” has been spinning on NY radio ever since.

I’ve never been one of those people who likes to break artists up into the stupid little categories the media places them in – pop-rap, gangsta, hardcore, East coast, Dirty South, whatever. If it’s good music, it’s good music and it shouldn’t matter if the record is selling big-time or not – just because someone blows up doesn’t mean that they’ve necessarily “gone pop”. I don’t think very many people would tell you that 2Pac is a commercial sell-out or any less “real” for all his posthumous success.

None of that matters. What does matter, though, is that “Hit The Wave” is a solid effort from Lil Haiti & Kush Flo, aka The Bros. One of the track’s best assets is the production value.  The beat is excellent and covers a lot of ground. But the lyrics too, are consistently great. If you’re looking for solid rhymes, you can’t miss here, as the song has a narrative in which The Bros prove themselves as being convincing enough at laying these kind of stories down for us.

For the beat alone, this single would be worth picking up, but the two extremely good MC’s make it even more worthwhile. Lil Haiti and Kush Flo T draw you into their raps with off the hook rhymes and dope flows. Their solid, swerving cadences sound downright brilliant over this slow burning stomp. A couple more releases and experiences in the rap business, along with their growing style and subjects, and The Bros could turn into one of the great groups to come through Hip hop.