Currently hard at work on the follow-up album in Hermosa Beach, California, PHENAGEN incorporates more of a political approach this time around, collaborating on their military-esque concept with Producer Darian Rundall once again. Due out this Spring, PHENAGEN will be embarking on a 2013 World Tour in support of the new album, so keep your eyes open. Recently Dr.Phil Glasses spilled the beans on the workings of PHENAGEN and himself.

1. How long have you been doing what you’re doing and how did you get started in the music business?

Dr.Phil Glasses (Phenagen):  I started to work on PHENAGEN as a solo project 4 years ago, after I broke up my first band; At that time, I was musician (drummer) and manager, the other members played the music as a hobby; So I refused to carry on and manage a band for wankers who weren’t worthy. I used my experience and my ambition to discover something personal within the industrial rock concept; When I was finally ready to introduce my project to the world, I contacted American producers, to materialize Phenagen because the conditions for the outcome of the project was to work with Professionals.

2. Who were your first musical influences that you can remember?

Dr.Phil Glasses (Phenagen):  The very first? It was in 1985, I remember my brother brought Billy Idol’s ‘Rebel Yell’ LP back home, and then I discovered The Toy Dolls, The Cure and much more.

3. Who do you consider the most influential artist in your genre today and why?

Dr.Phil Glasses (Phenagen):  I consider Marilyn Manson and Rammstein as essential in that genre; beyond their music, they exploit their concept with skill, and their provocative behaviour seduce youth.

4. Why the name “Phenagen”, and how did you go about getting together the illustrious members on the latest album?

Dr.Phil Glasses (Phenagen):  This is the title of a song from the ‘Public Image Ltd.’ LP “The Flowers of Romance”, This name sounds cold, even german like “Nina Hagen”, that fits to the concept I’m exploiting. When I decided to record in the studio, I contacted Darian Rundall, sent him the demo, and he told me: “Phil, I have some great musicians for you!!!” and, very fortunate for me, it was as simple as that!

5. Apparently the band is hard at work on a brand new album, with Producer Darian Rundall at the helm once again. Which essential qualities, do you think, Rundall brings to the “Phenagen” project?

Dr.Phil Glasses (Phenagen):  Due his experience, Darian brought a remarkable and solid quality in rhythmic sections, for example.

6. Live gigging or studio work, which do you think is the band’s natural habitat and why?

Dr.Phil Glasses (Phenagen):  Performing live is good to share with the public. When we perform, it’s our job and duty to shock the people who come and see us; that’s the opportunity to show how the band really is! The public can imagine how we are through what they find via our content on the internet, but when they watch us on stage, it’s our job to surpass their imagination!

7. Considering that today the mass “crowd pleasing” genres are hiphop, r&b, dubstep and dance, how do you think rock and “Phenagen” in particular, can still make an impression on today’s youth?

Dr.Phil Glasses (Phenagen):  Well, that’s easy: I should hire sexy girls to dance on stage and make High-Profile music videos with expensive cars… and  get some gold teeth! In theory, Artists must have character, a strong personality, and follow a concept; PHENAGEN don’t undergo the same process. We have to make people love us for who we are, and our unconventional, unique approach.

8. Which of the “Phenagen” songs off the current album, do you consider your personal favorite, and on which one do you think the band delivered its best performance, from a technical point of view?

Dr.Phil Glasses (Phenagen):  I really like 1973 because it talks about consciousness awakening, which began that year, and about ecological problems as raw matters rarefaction. Finally, 40 years after, nothing has changed; our world became selfish and decadent! I think DEAD OR ALIVE, was interesting too as Gary Ferguson was amazed by the crazy rhythm of the outro. This song has a really simple riff, but must be played rigorously to be appreciated. A “simple yet efficacious” recipe.

9. Apart from Producer Darian Rundall’s touch, which ingredient do you think is most essential in making “Phenagen’s” music, sound the way it does?

Dr.Phil Glasses (Phenagen):  I like to incorporate metallic percussion (like anvil hammering) or industrial/electronic samples. We used tank’s caterpillar sounds on Cannon Fodder for example.

10. If you were forced to choose only one, which emotion, more than any other drives you day after day to stay in this tough business. Is it joy, anger, desire, passion, hysteria or pride and why?

Dr.Phil Glasses (Phenagen):  Anger is an aspect of rebellion which, in my opinion, is the main energy which animates Punk Rock music! This fuels my motivation for writing, playing and performing music in the band.

11. What aspect of the music making business process excites you most, and what aspect discourages you most?

Dr.Phil Glasses (Phenagen):  Considering the music as a BUSINESS instead of a hobby excites me. Although, most times a business is only geared up to make $, at anyones expense, and without passion, which is really depressing to me and charges me to exercise my own motivations.

12. Is the “Phenagen” project a truly independent one, in that you finance, select and oversee all recording, producing, mastering and marketing processes?

13. If the above is true and you are an independent project, in the long-term will you eventually see being ‘self-financed’ as a limit, or as an achievement, and why?

Dr.Phil Glasses (Phenagen):  An achievement. If Phenagen becomes popular, it would be pleasurable, regarding the record companies and of course, a preservation of my independence.

14. The best piece of advice in this business you actually followed so far, and one you didn’t, but now know you should have?

Dr.Phil Glasses (Phenagen):  I think it was to build a network on the web. I didn’t follow that advice, but I revised my point of view, because more people encouraged me in that way.

15. At this point in your career, which is the one factor you desire most (increased music distribution, better quality production, more media exposure etc…)?

Dr.Phil Glasses (Phenagen):  Media exposure obviously, this has always been the best way to boost the artists’ awareness and level of success.

16. How do you market and distribute your music currently?

17. How do you handle criticism and who has been the band’s most valuable (or worst) critic up until now, if any?

Dr.Phil Glasses (Phenagen):  I’m a perfectionist and strive to always keep a cool head whatever the criticism.. I always can appreciate a solid review, such as this one taken from iTunes recently: “…a rock affair that keeps lingering between metal and industrial, almost suspended between the two genres, with an obvious post-punk hint in the production and innovative vocals.” which is a great review, but I cannot always expect everyone to like my music, which is out of my control.

18. Is going Platinum or winning a Grammy important you? Where would you like to see “Phenagen” within the next 5 years?

Dr.Phil Glasses (Phenagen):  I don’t think that question is on the agenda right now, but on second thought, I have met so many hypocrites in my life who never been able to understand my music, that it would be jubilant to stick a Grammy up their ass! I’d like to see Phenagen on festivals as a Headliner, which would be nice.

19. What do you think is the biggest barrier that bands like “Phenagen” have to face and overcome, in their quest to achieve success?

Dr.Phil Glasses (Phenagen):  The music industry has changed consideradebly due to the drop of CD sales. Major labels expect fallouts on investments because music is considered less than a product these days, and more of a commodity, somewhat. When we try to be a little bit different, original, we seem to not be responding to their criteria, which leads me to believe they’re not logical in the approach of appreciating art. Bands are over-saturated and concentrated, which makes it even harder to get attention no matter how deserving the artist is of it.

20. Tell us something about any up-coming projects or special events the band has in store?

Dr.Phil Glasses (Phenagen):  We’re about to release a single called “SOYLENT GREEN” this month, and we are embarking on a “So-Cal Invasion Tour” for April! 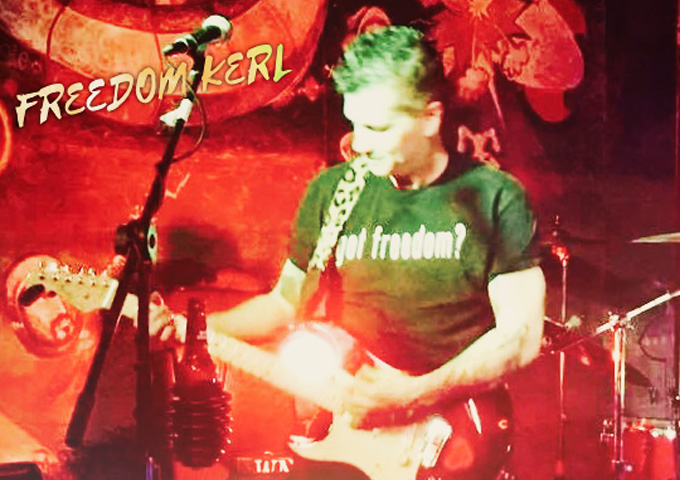 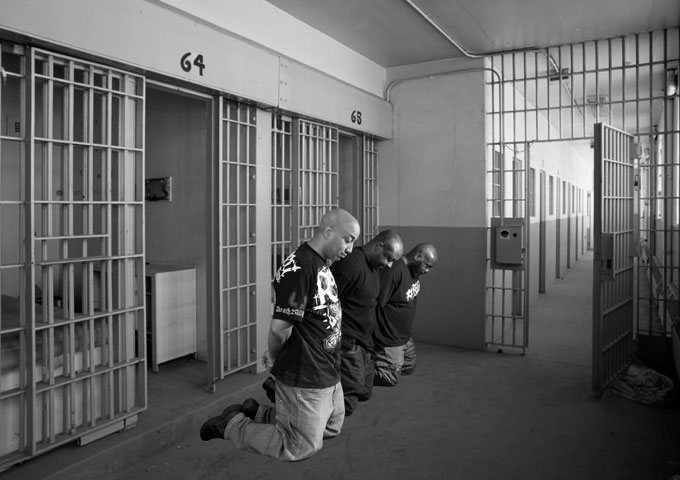 Interview: Young Gifted is back with a vengeance and to settle an old score…
October 30, 2015 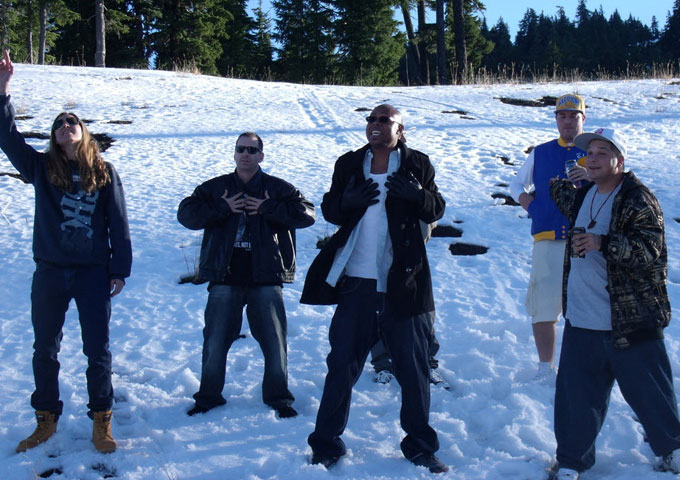