Atlanta, GA- This news is bound to excite fans of the Hip Hop duo originally from Atlanta Georgia. With more links to each other than just music, TNT FAMILLE consists of two brothers (Eugene Timmons Jr. A.K.A. Dynamite and Devonne Timmons A.K.A. Bones). They have already given a sneak peak of what was to come with singles from “The Foundation” project. Like any project in life, once the foundations were set, it was now time to evolve their music to the next level with “Evolv3 The Foundation”.

The innovative and charismatic artists, TNT FAMILLE , releases their much anticipated debut “Evolv3 The Foundation” [http://livemixtap.es/qee] this month. The cutting-edge 15 tracks on the album are composed of melodies originating from old-school Soul, smooth Jazz, R&B, classic Rap, Alternative Funk, and 808’s with eargasm grooves. Diverse is under-rating the versatility of the tracks on “Evolv3 The Foundation”. The Atlanta natives embody the southern culture of their forefathers displaying legendary momentum of a timeless classic.

Boasting a long musical background ‘TNT FAMILLE’ started their music experience at a young age playing, instruments at their local church and school. This knowledge of playing a range of musical instruments was what would eventually give them the edge in a music genre which was quite diverse. TNT FAMILLE could finally hone their impressive music talent and artwork into a Hip Hop style that would set them apart from the rest. This is because it’s quite unusual for other Hip Hop artists to emerge from such musically talented background.

A statement from one of the brothers ‘Dynamite’ said: “We are not Rappers, we are Hip Hop artists. There is a difference, a big difference; I don’t want us to be put in a box. We are not just trying to step outside the box with what we are doing, we are trying to blow it up. We are TNT Famille, we dare to be different. Every day we push ourselves to master new levels of creativity. TNT Famille is more than one-dimensional. We are live in HD3D. We are coming to bust the mold wide open.” — Dynamite

Not without their troubles, Dynamite recently had a major setback, which left him with severe injuries and financial struggles. The motor vehicle accident left the artist with fractured neck, and right arm (nerve damage) Head trauma, concussion and severe lower back injury. This obviously had quite an effect on their music careers, however Dynamite is set to bounce back.

TNT Famille are a Hip Hop duo formed by two brothers, Eugene Timmons Jr. A.K.A. Dynamite and Devonne Timmons A.K.A. Bones. Born and raised in Atlanta, GA, the pair got their first taste of music at an early age.  The two were members of the school band, and also played instruments for their church as well as performed. During this time they had developed more than a love for music but a passion. 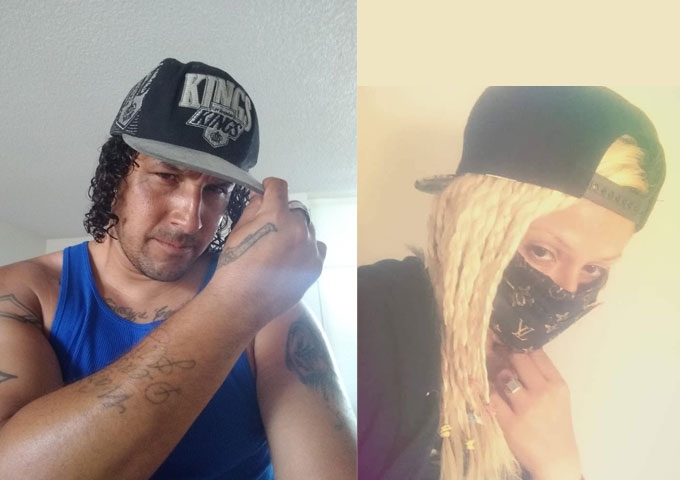