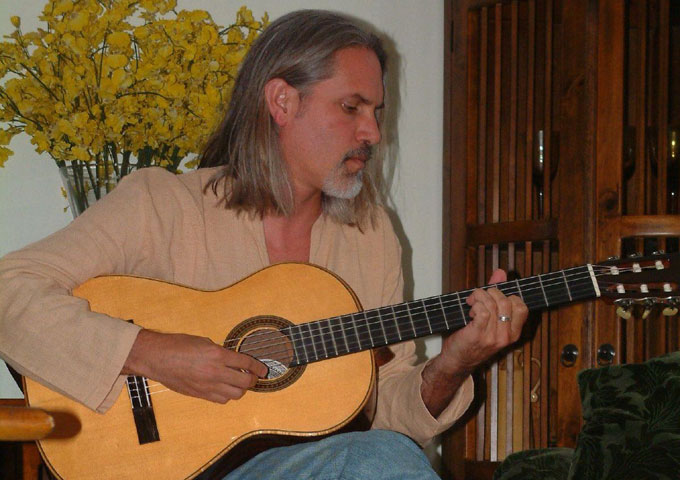 Will Diehl is, quite simply, an excellent songwriter. His ability to write poignant, thoughtful songs is second to none in my book. How the humble man from Manassas, VA, can keep cranking out such good stuff is beyond me, but I’ll take it for sure. Diehl is a prolific writer of songs, spanning various genres. Two songs from his “I am Free” album were awarded Billboard songwriting awards, and he opened up with his former band, for artists such as Todd Rundgren. Diehl has released over 20 albums, as well as multiple EP’s and singles, which are available on his website and on all major music platforms such as iTunes, Spotify, and Amazon. Currently working on his second album release of 2020, Will Diehl has released the single “Days of Summer”.

The world has been through a number of changes, especially in the last few months, and Will Diehl is at his best when he’s trying to see the light through the darkness here. This song could allude to many of our own personal afflictions, but also comes across as a realistic account of the effects of the lockdown. “Days of Summer” is a song full of imagery and a great deal of human emotion. It is an honest account of one man’s inner thoughts and his hope for the future. Will Diehl’s music is what you can do when you simply let your wisdom and feelings inform and inspire the music, rather than just use the music as a cheap commercial tool.

I’ve listened with interest to many of Diehl’s previous releases, all of which have moments of outstanding beauty, but “Days of Summer” represents the full flowering of his musical endowment.

Diehl’s skill as an arranger can be fully appreciated on the track which incorporates diverse organic instrumentation, on an ethereal and resonating sonic palette. The instrumentation is truly beautiful, and unlike what you’re being offered by the radio today.

Diehl’s ability to pen soul-stirring ballads is in full effect on this haunting tune, which also pulls off the amazing feat of inserting luscious female harmonies. Not to mention the emotion-inducing strings.

Diehl’s almost conversational and reflective style leads to beautiful expression. You’ll feel like a listener being drawn into a conversation between his emotional and intellectual consciousness. Diehl uses “Days of Summer” as a context for his songwriting, challenging himself to find ways of melding the circumstances of our time, into a moving narrative on the human condition.

This song perfectly captures something almost elusive at most times – it feels isolated and exquisitely beautiful at the same time. So far, each of Will Diehl’s releases have represented a progression, a next step in the full realization of his talent. It’s a daunting thought that his next release could be even better than this one.