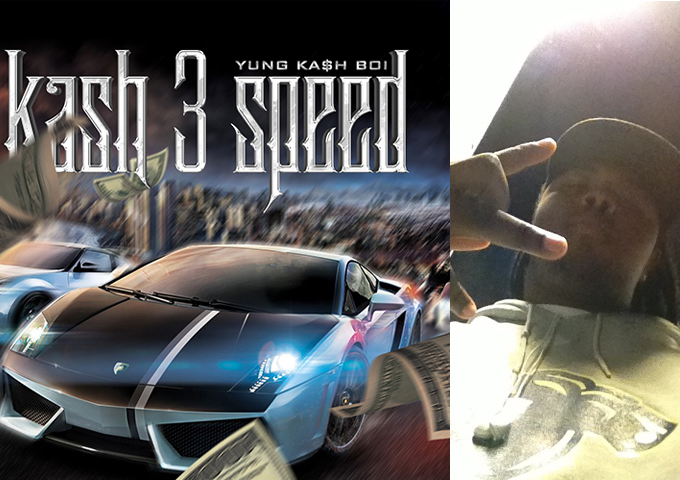 Tony Walls, better known by his stage name Yung Ka$h Boi, is a rapper from the Cypress Village housing projects in West Oakland. He has been putting out music since 2011, and doing shows with J.Stalin, Philthy Rich, Cash Out, and YG. Yung Ka$h Boi’s new mixtape “Get Out My Lane” features YG, Rico Dolla, Da Riitual & Yaboi Eljay. The mixtape went bronze on Datpiff and he has been featured on the Coast 2 Coast Next Up mixtape.

From the start, “I Will ft Quit Zero & Mistah Blinks” evokes what makes mixtapes so successful. A small group of impassioned artists and producers who help make a sound that’s catchy and cohesive. A paucity of guests keep the rhythmic relation of the lyrics against those instrumentals consistently formulated. Quit Zero & Mistah Blinks do their parts to perfection, while Yung Ka$h Boi, on the other hand, is large and in charge throughout the project.

His simple yet nuanced voice dominates the bars. To put it simply, if you enjoyed “Get Out Of My Lane” or “Real Cash”, this track will be right up your alley and is more consistent than any of those previous works in my estimation.

There is a whole lot more than inebriated crooning going on, but rather a series of anthemic choruses that do more than their job. As far as lyrical depth goes, this is not the point here. Given the genre that this track identifies with, any form of lyrical depth would be superfluous at best. This track is meant to bang all the way to the club. Period!

“I Will ft Quit Zero & Mistah Blinks” is the kind of track you only need to play through once to fully appreciate. Yung Ka$h Boi is one of the most consistent young rappers to enter the game. Every project that he has released sounds different but good, and this is no exception!