Skelley’s Dream is musical concept initiated by Winski, a songwriter from Holland. It started small but has grown out to an international project. Winski’s goal is to make great, moving and original sounds, inspired by enthousiastic and creative musicians, who just love music for what it is.

I’ve just been out to catch the latest video and single release, “There’s A Wonder”, followed by the previous album release “Hello Again” by Skelley’s Dream. And as the hype reads, Winski definitely puts “soul” into his Neo Soul/R&B and Pop-Rock projects. He takes his productions to another level on these latest releases.

Skelley’s Dream delivers an amazing collection of work. All the singers used have voices that make you feel, while the lyrics draw you into the detail of emotion and experience. In our current time with the whirlwind of candy corn Pop music and an overabundance of those falsely using the Neo-Soul title, Skelley’s Dream displays the purity of his craft and gives a shining example of the Neo-Soul/R & B genre. On “There’s A Wonder” he even showcases his ability to incorporate a classy pop theme with catchy hooks; and then delivers a clever and intriguing video to match. Skelley’s Dream delivers simplicity with strong melody and harmony through the music and does much the same with the visuals. Clean, impacting black & white frames with one strong subject that dominates the screen. No frills, No fuss, nothing to distract you from what is the most important part of this video…the music!

After being enchanted by the latest single, I could not avoid listening to the album, “Hello Again”. The genre of Neo-Soul/R&B has produced many great albums, but it has produced few masterpieces or 5 star albums. Im not sure if this album is quite a masterpiece, but it come pretty close and is easily a 5 star album. On this album, Skelley’s Dream takes the listener through a journey of emotions that is strongly permeated to the listener. You are now able to feel the pain, sorrow, and happiness because the words are strong and the soulful voice that accompany the songs does not allow otherwise.

Right from the beginning “Hello Again” is personal and unique with the track “You Say”. “Someone To Love” follows with it’s smooth brass and chrystal clear female vocal. The slow and funky beat on “Summer Told Me” is very good and the vocal lines are sung smoothly over it, never being loosely belted out which would not have worked on this song.

The next track is another premiere moment on the album, “Need To Love”. The album’s greatest moment for me however, is the song, “Real Thing”. This is the most soulful song on the album and the voice is perfect on this track. Starting off soft, as the song goes on you feel how the voice gets more and more into it. Another outstanding track is the ballad  “For Life”. But there are 16 outstanding tracks to choose from and it is hard to imagine that you will not find your personal favourite here.

Overall “Hello Again”  is an absolutely excellent album and easily one of the best indie neo-soul albums ever created. Certainly Skelley’s Dream and his collection of featured vocal artists prove to be very important to the neo-soul movement and will be for years to come. I truly feel that Winski is a profound artist and a tremendously talented songwriter, who has a lot of potential to keep on creating great albums. This album defintely deserves the 5 star rating and I urge Neo-Soul/R&B, and music fans in general to check it out.

Without, of course, forgetting the latest, more pop orientated single and video, “There’s A Wonder” featuring Radboud Withaar and Landon Hendricks. And while you’re about it, lend an ear to the earlier albums “There Must Be Miracles” and “One Step” as well! 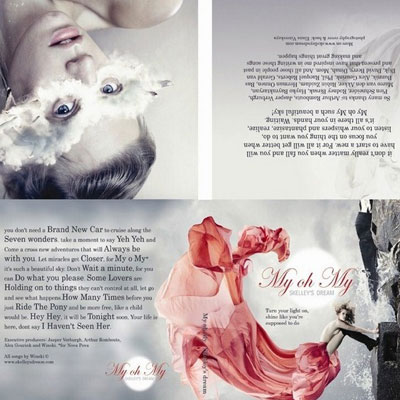