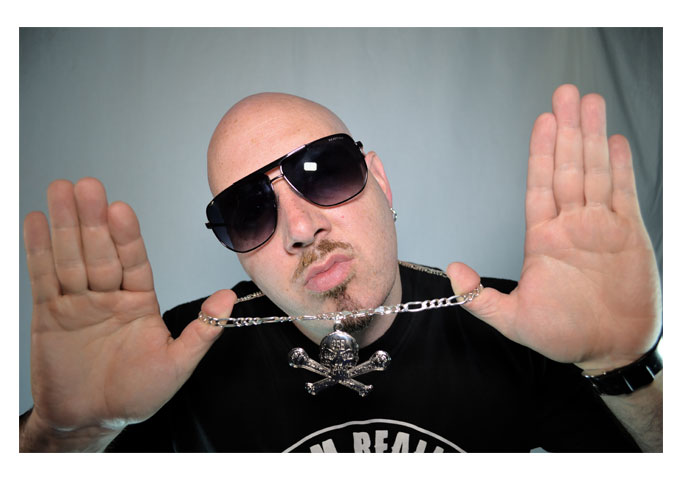 Since taking over operations for GRE in 2011, he has produced over twenty-five albums for the label, and released four projects of his own. With his most recent release in July of 2014, JP Tha Hustler drops an ill album with “Dissinfekted.” It is pure hardcore rap at its best, over some delicious head-nodding hip hop beats, where JP Tha Hustler comes out really strong. He is intimidating and thuggish, but enticing with his unique voice and style.

The reggae influenced, “Soldier” featuring Nekro G and Slyzwicked is the video track, and it was my introduction to this artist. It convinced me to listen to his album with the assurance that it would be great. In actuality, it was. I can let it play from start to finish – all 16 tracks. There aren’t too many albums –hip hop or any other -out there today that you can say that about.

In the age of commercial and often times, talentless hip-hop, this is a breath of fresh air. It’s clear from almost every track on this album that JP Tha Hustler has progressed as a rapper. He is an elite lyricist, mainly because of his mostly multi-dimensional subject matter. He still gets it done well in that department on this album, especially because of his very good songwriting ability. His flow and delivery are also one of the highlights of the album.

But probably the main reason this album is so great for me, is because of the Production. Not only has JP Tha Hustler put together infectious beats with live drums and guitars (supplied by Doug Gormley), but the beats go extremely well with the premise, subject and overall theme of each and every song. The same thing can be said for the features on this album. All do a perfect job to enhance its ear penetration! “Dissinfekted” sounds far less industry-influenced than much of anything I’ve heard over the past year and appears to be very much from the heart. JP Tha Hustler lays down hardcore lyrics over some powerful and groovy beats, which will definitely keep his credibility expanding within the game.

I enjoyed this album and I find it hard to believe that anybody else wouldn’t. Despite how good and how banging the beats are, “Dissinfekted” is not a party album and shouldn’t be taken as one. It is JP Tha Hustler seriously doing what he does best. Rapping straight from the heart!