HALO: “Expressions” brings him right to the winner’s podium

Darnelle Treadwell aka HALO, was born and raised in Gary, Indiana. He started singing in the church at the age of 4, by 13 he found that he wanted to pursue a professional career in singing but didn’t know how to go about it. He met an artist by the name of B.L.O.U.N.T. who introduced him to M80 a producer from the Midwest that owns an independent label called G.S.P. Music & Film. Halo signed to G.S.P. and has been working closely with M80 for the past 9 years. Their latest artistic collaboration has delivered the album “Expressions”.

The recording takes you on bold artistic journey that when compared to the other urban music on the American radio stations is nothing short of genius. HALO is an artist in the best sense of the word as he stretches his muscles throughout the album .If you’re looking for excitement and the big bang, you’ll find it on this collection. On the other hand, if what you want is a slow burning groove, you’ll find that too.

HALO seems to be that can appreciate crossover sounds, as he moves between various soundscapes which have distinctive influences from outside the R&B genre.

His vocals are great and his writing seems well above average when compared to the rest of the stuff currently doing the media rounds. The success of the overall sound also owes a good deal to the production by C. Gilbert (M80), both futuristic and retro but always specific, and in tune with HALO’s vocal delivery.

HALO’s acute high-end R&B croon, his homages to past music greats, and a strong adherence to the four-minutes-or-less template, for pop music, would make “Expressions” feel at home in any decade since the ‘60s. But there are plenty of moments in this album that put it safely in the here and now. HALO’s vocal prowess and that pop sensibility bring him right to the winner’s podium with this release.

The opening track “Get High”, which comes in after the “Intro”, casts an unmistakable nod to the current urban sound, yet complete with retro harmonies and a Mary J Blige type female accompaniment.

“Get This Party Right” (feat. Yung Kahn the Don) is led by a slithering snare and subwoofer-testing bass, the track shifts from traditional funk to a sci-fi nodding club banger in such a fluid style that the change is barely noticeable. The first major curveball HALO throws happens with “Ms. Hollywood (feat. Mic Dubb)” where he forges a voice that sits somewhere between Al Green and Usher.

“I’m Feeling Live” (feat. Bishop the Voice) finds HALO trying to stretch R&B’s boundaries even further, by using an almost industrial sounding mix of synths and percussion. The second major curveball arrives with the brilliantly soulful and melodic “I Call Her Death” (feat. Mathew Herbert) – a splendid guitar driven track that is one of the album absolute highlights.

HALO’s vocals and lyrics are able to convey a warm humaneness while being surrounded by cutting edge musical gadgetry, throughout the album. “Clubbin’” (feat. M80) is the album’s most bumping track. If you don’t get the urge to move your feet on this one, then you’re done dancing a long time ago.

HALO is an absolute professional, someone who knows where to put the bridge, who knows the exact right moment to bust out his voice, and when to hold back. It’s this balance between restraint and exuberance which allows his tracks to flow smoothly and his features to fit perfectly into the scheme of things on “Expressions”.

Which is what happens with “Drummer Boi” (feat. I.V.O.E. da Grand Duke & Dre) and “Pick up the Phone” (feat. Bishop the Voice, M80 & Brittney).  This is an album that’s every bit as multifaceted as its makers, and one sure to grow over multiple listening. 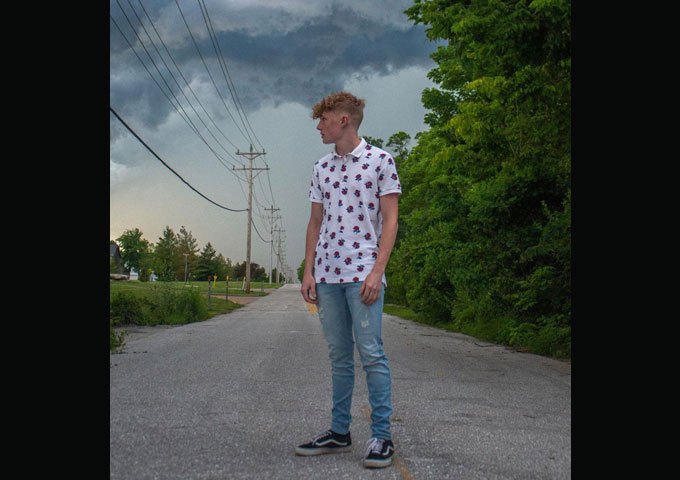 Michael Gerow – “Broken” plays beautifully to the strengths of his voice
October 13, 2020