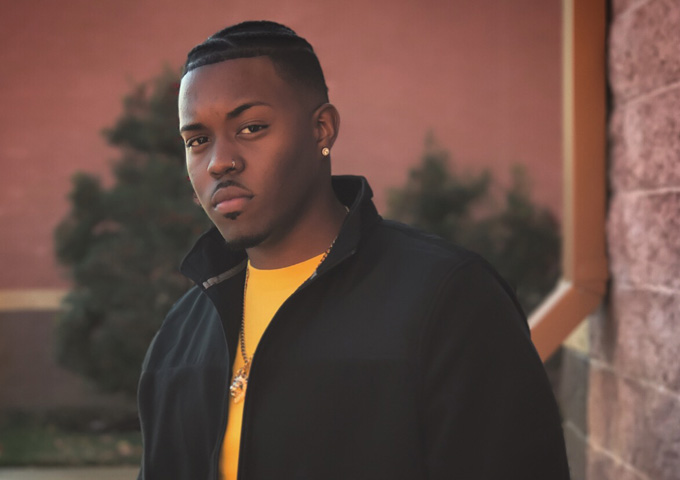 So who is Jimmy Dinero? He goes by the name of James Dominguez born September 20th 1994 in the birthplace of hip hop, the Bronx New York. Shortly after moving to Rahway a small town in north jersey he was raised in a Dominican house hold where music was a big influence at a young age. Listening to different Spanish genres of music like bachata, salsa, merengue, & reggaeton that his parents both born and raised in Dominican Republic played on an everyday basis made Jimmy a lover of sound and dance as a baby. His first interaction with music was in elementary school where he played the saxophone, and drums for the school’s band.

Shortly after entering the 6th grade things in the community were getting worse. Gang violence, drugs, and theft were becoming a huge distraction for the young community motivating kids to follow in the wrong footsteps which gave Jimmy’s parents the push to move to a better safer place where not knowing would start his beginning in music & entertainment in a city known for major sports athletes, music industry greats and many more successful entrepreneurs.

Willingboro NJ where he met Trey the person that introduced him to the dance world, teaching Jimmy and introducing him to his family and friends who mostly had a background In music and dance. Being a quick learner Jimmy picked up many dance styles. Hitting moves on every beat and standing out when it came down to showing off in front of a crowd later on turned into performing with the group he helped create “ThemratedBoys” better known as “PG-13” at shows and events and being the center of attention everywhere they went.

Winning a New Jersey state wide competition got Jimmy along with his other crew members sponsored by “Vlado Footwear” which resulted in blowing up a huge fan base and expanding as a known nationwide group. With time and lack of focus the group began to slowly come to an end which stop didn’t Jimmy as he continued producing and creating music from home as a personal hobby.

After graduating high school jimmy pursued a degree in automotive engineering which was another passion of his but in his second semester of freshman year in college Jimmy decided that school just wasn’t for him. So he then chose to sign out of school for good and just make money and work full time.

After months of working hard labor in warehouses and multiple other jobs Jimmy realized being a regular employee at a regular job wasn’t where he saw himself so he went back to the dream he always wanted, being an entertainer. So he decided to take on a journey in the music world as Jimmy Dinero. The Artist/Producer made a promise that he would go as hard as he possibly could to make it work.

With no plan B, Jimmy was making records while spending endless hours and sleepless nights pursuing his dream knowing that one day he would have his shot. Once Jimmy Dinero realized how serious he was getting in music he came up with the title ‘Nine2Five” which means from Nine in the morning to Five in the afternoon or Nine at night to Five in the early morning, music was going be his job, his brand, his crew, his lifestyle, his motto, his everything.

After signing a partnership deal with New Direction Entertainment in Mid-September 2014, Jimmy Dinero began his new journey, which has led you to his latest single “FLEX” a record that’s sure to be a MEGAHIT.