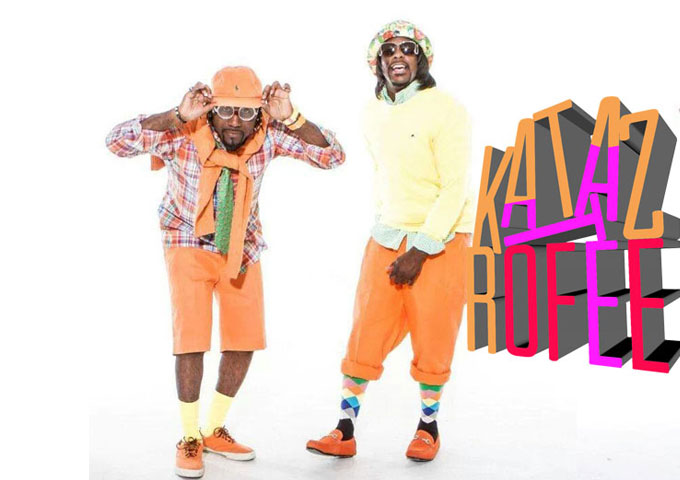 Born and raised in Fort Worth, Texas, Eric “Victory” Johnson and Shannon “Mr. Arrogant” Speed make up the dynamic and colorful Hip-hop duo Kataztrofee. The two approach their craft with 360° vision – it’s about the art, but they know music is a business too. So they’ve built their very own music and film studio which they called ‘Trofee Styyle Studios’, and backed that up by launching the independent record label ‘Trofee Styyle Records’. They didn’t stop there though, as Johnson and Speed are involved in various other endeavors, both creative and commercial, which not only benefit themselves but also their local communities.

Purely artistically speaking, Eric “Victory” Johnson and Shannon “Mr. Arrogant” Speed have released various mixtapes, as well as having already performed on the same bill as August Alsina and Pusha T. As they continue their steadfast and relentless grind, the shimmering, kaleidoscope colored dressers, have released “Now,” the first single off of their upcoming debut album Headed To The Club, which the Fort Worth, Texas natives will set for release early 2017.

“Now,” is a good mix of a heart thumping beat and rap-singing from very talented rappers. Johnson and Speed combine to make a great track that you can just ride to. They show a form of rapping that is really hot, and unlike some of the one-hit-wonders of today who take themselves too seriously.

Kataztrofee keep things lighthearted and humorous while uncovering some basic truths – “Used to eat Ramen noodles, but now we gone shine. Couldn’t find us on Google, but now we gone shine.” This frolicsome and effervescent type of approach in communicating messages is what makes the duo even more endearing to the ear, including of course, their high-powered and energetic rapping skills.

Kataztrofee have style, swagger and swang – they have it in bundles – and they’re not afraid to show it with their daring and fresh dress code and distinct musical approach. “Now” is a fully engaging track emphasized by a twisted, southern fried rhyme scheme and a low, looped and pumping beat.

If you’re getting tired of listening to the dark and dour run of the mill type of rap music, or maybe you’re on the verge of giving up on listening to the genre and MCs that all sound alike these days. Kataztrofee will keep your interest in rap music alive with their rapping style.

Kataztrofee’s music is energizing and refreshing and this track exemplifies that – Anyone who likes good music that’s fun to listen to should get this. “Now,” is off the hook and completely tears the roof off the catchy sounds that keep crawling out from the south. In short, Kataztrofee is one of the best new things to come off the Texas block; it’s time to come ride with them!