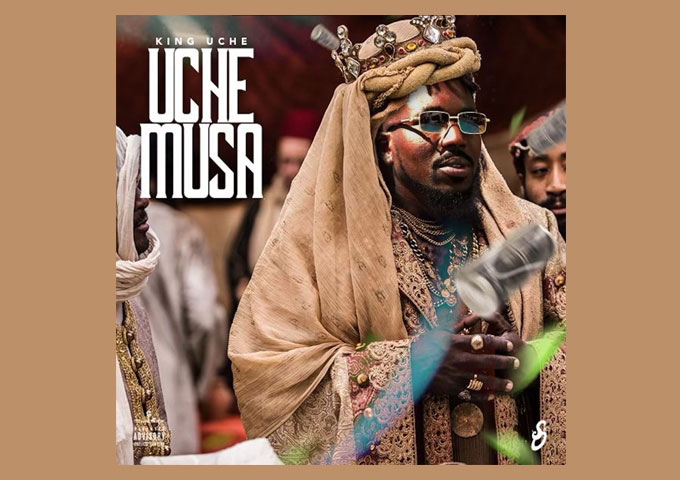 Nigerian-born musician, Uchechukwu Oribi Okwara, professionally known as King Uche has been through a lot. Growing up in Dikenaifai, Ideato South of Imo State, Nigeria, he grew up in lack with one intense of food shortage leading to the death of his brother, leaving a dent in young Uche’s life. The mix of those experiences profoundly shaped Uche’s life as a jaundiced political climate and village colored his world view. The collision of all his experiences in life led to Uche moving to the United States of America later in life and he had made a success of himself there, establishing himself as a music executive under his own imprint Sufferings and Offerings Music, which currently has two acts signed with the company.

Listening to the two acts’ music, one can confess Uche possesses the power of a great scout. In addition to his work as a music executive, he also makes his own music, with his debut project Flygerian Music gaining over 400,000 streams in its first two months on Spotify alone.

King Uche’s music is a powerful blend of rich melodies and potent songwriting. He writes powerful lyrics on topics ranging from self & youth empowerment to political crisis and heartbreaks.

In his forthcoming EP Uche Musa, Uche reflects on issues close to his heart such as the seminal #EndSars movement in his home country Nigeria as well as the unexamined trauma of the Nigerian Civil War.

Inspired by the grandeur of the late Mansa Musa, King Uche juxtaposes the historic accomplishments of Mansa Musa with his aspirations of what he hopes to achieve and the great things he wants for himself and his loved ones. Combining hip-hop and Afrobeats, the music is motivational, charged, and as incisive as anything to come out in 2021.