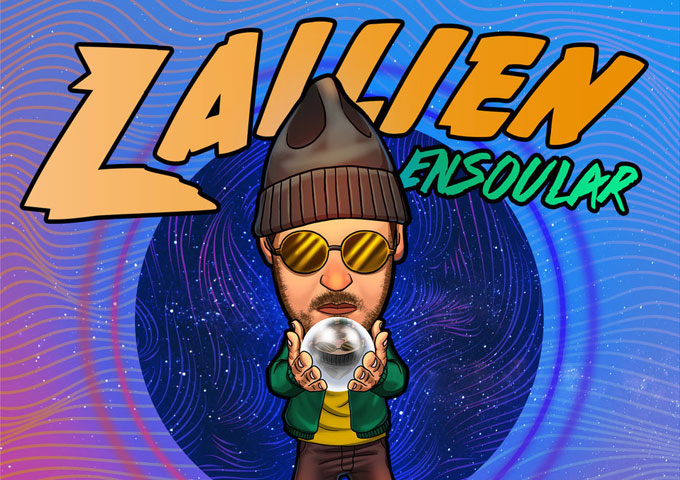 Lailien is a fictional character created by his alter-ego, Brad Shubat. Shubat describes himself as an “extra-dimensional sorcerer, body-suit of Brahman, rational empiricist, fool, gender fluid ghost through darkness, historical materialist, psych-pomp and trickster.” The sound he has created borrows from many influences including pop, rock, and jazz. His work has been featured on Sirius XM The Verge’s ‘IndieCan Radio’ program and BBC Radio’s Stuart Maconie’s ‘Freak Zone’. Lailien’s latest release, the video-single “Holiday”, is special. There is whimsy in this, and it’s whimsy that just so teases at our sense of life’s experiences and certain phases of our youth. When it comes to music, I tend to like it loud and fast. Bombastic, you might say. That’s true for classical, jazz, pop, rock or electronica. That’s not to say that I won’t listen to other music, and even enjoy it very much, but when it comes to exciting listening, give me something like “Holiday”.

The problem with most artists and bands with smart brains is that when the lyrics get too heady and clever, the band comes off sounding musically forced and impersonal. Lailien avoids all that and makes it work without the feel of contrivance.

So for us freethinkers, the track serves up snippets of global philosophy set to some stunning guitar-driven music. What about our expectations? It’s unfair to expect perfection, even from an artist who has practically attained it before, suffice to say, he does it again here.

The world at large is a tragic lullaby about finding the reason of life and realizing it’s too late to do anything about it. Things are getting increasingly difficult, people are leaving this earth, and we never reach our goals. We have a standstill life procrastinated by idleness, to do or even think about doing anything. Lailien puts some vivid ideas in our heads, and tells us to: “Dance, dance, dance the night away. Dance, dance like it’s a holiday.”

“Holiday” is attention-grabbing and bold, capturing Lailien at his creative height, and finding him focused and savvy, knowing what works, knowing how to make what works captivating for audiences. Lailien has been building a fascinating and singular career as a half-in-the-bag philosopher, a master of off-kilter hooks badgering the universe for answers, and a typical musical chameleon who knows no boundaries for his creativity.

Holiday is a comfortably familiar mix of sharp-witted lyrics and jittery, crazy-eyed indie rock turned into an uplifting summer anthem. Lailien’s overarching concerns may seem grounded at first, but they’re as cosmic as ever.

From the iridescently splashing guitars, propulsive drums, skittering hi-hats, elaborately layered backing vocals and Lalien himself, his voice a warring, thrilling mix of rock n’ roll crooning and Saturday night party groove. It is one huge, three-minute slab of exuberating fun. Perhaps what makes Lailien so interesting is that rather than being compared to his peers, he is consistently compared to himself. There could be no better compliment for any artist!