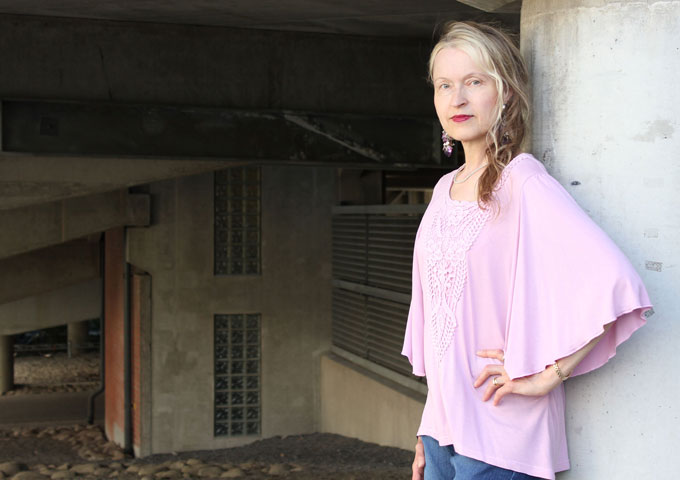 Maini Sorri is a Swedish-Finnish singer, musician and songwriter living in Sweden who has composed music since she was 8 years old having emigrated from Finland to Sweden as a teenager. Maini has performed her original songs in concerts as well as on radio and TV. Maini has studied piano, music theory and composing while her qualifications include a Bachelor of Arts from Musikhögskolan in Örebro, Sweden, which is now known as the Faculty of Arts at Örebro University.

Maini Sorri has released a wide range of music in recent times, not least her single “Lost Love (Dance Remix)” which we reviewed during June of this year. Now Maini is back with another release, her single “Never Say Goodbye” to which she herself wrote the music. Gary Cornman took care of the lyrics, while the instrumental was handled by Orlando Mestre. The song was Co-produced by Brian Lanese & Orlando Mestre, engineered by Brian Lanese and mixed at Runway Studios in Buckinhampshire UK, by Dan Thomas.

This time around Maini switches her attention to a hard rock induced soundscape for a heartbreaking love song. Full of crunchy guitar riffs and shredding lead solos, the rhythm rides on a gut-busting bass and drum motif. Floating on top of this hardcore driven rocker, Maini’s light and airy voice adds a stunning dimension of contrast, which will catch you off-guard at first. Probably very similar to something you would experience if Yngwie Malmsteen and Enya crossed musical paths.

Light and heavy, soft and loud, hope and delusion, bitter and sweet, are all contrasting textures and tones that come into play in this arrangement of controlled commotion, communicating a love lost. “Not a word was spoke / All alone I woke / It is so unkind / To leave clothes behind / I cannot conceive / Why you had to leave / Why you had to leave”. Maini’s singing style is irreplaceable because her voice is a perfect fit for bright, airy music, while this track is stooped in heavy crunching guitar tones. Miraculously the two opposites work perfectly together, while Cornman’s lyrics are powerfully relevant to the hurt and the broken that search for hope from all the pain and uncontrolled behavior by others in their lives.

On “Never Say Goodbye”, Maini Sorri offers upbeat, rocking music that combines heartfelt lyrics with music you can feel and appreciate for its artistic quality. Once again, Maini has worked with a team that produces high quality work, both creatively and in the studio, immensely enhancing her compositional and performance endeavors.