Marcus Christ releases his new single called “Hate On Me” and reminds us why he runs the streets and the industry. MtB Entertainment has confirmed that Marcus Christ will perform his new singles, “I Get High on the Most High”, “If I Die Tonight”, and “You Knew That”, and now “Hate on Me”, to promote his upcoming double album Prince of the Universe due 12/7/2017! Pre-sell begins November 7th and comes with an exclusive download. Currently, MtB Entertainment is offering fans a chance to win 2 free tickets ($30 value) by signing up for the free newsletter at MtB Entertainment’s website. 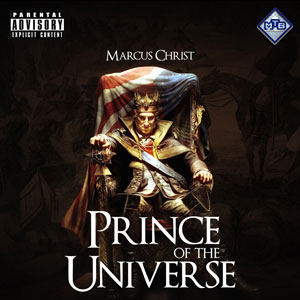 MORE ABOUT MARCUS CHRIST: Born in 1983 in Silver Springs, Maryland Marcus Christ is the leading underground hip-hop artist of the generation that emerged in the wake of the influence of Tupac and Michael Jackson. Marcus studied Political Science in the college that established the artist’s political messages. There, he absorbed the attention to form the need for action with video and music, subsequently refining his own visual and conceptual vocabulary that emerged through his focus on the points of intersection between the poor, wealthy, and powerful.

Marcus’s work can be found in myriad of public and private websites both in the United States and abroad, and has been seen in numerous blogs worldwide. He currently lives and works in Compton, California, and travels home to DC on occasion. Some of his past albums are The Profit Mixtape, The Repsonce, The Get Back, No Doubt, Return of the Beast and the upcoming Prince of the Universe. His single “I Get High on the Most High” challenges fans to think about a higher power that provides for those that call upon it.