Mr. Jet Black: “Ambidextrous” has substance, and a broad vocabulary

Mr. Jet Black litters his album, entitled “Ambidextrous”, with eccentric phrases both homemade and specific to the Bay, making sure his colorful verbiage infiltrates hip-hop throughout the country. The 10 tracks on the album, certifies that Mr. Jet Black is a music making machine. But it’s impossible to talk about anything Mr. Jet Black does without talking about his voice, which is the most compelling element on “Ambidextrous”. It’s an elastic, supple, but taut thing that can waver between a persuasive whisper and a heated growl. Straight out of California’s Bay Area, Mr. Jet Black is the master of lingo. Mr. Jet Black raps with such ease that it sounds like he is constantly in his comfort zone.  He’s a hustler, party man, prankster, and lover of ladies, so if you’re looking for anything else, you’re listening to the wrong guy. His latest release is the perfect example of how an artist can deliver exactly what hip hop fans have come to expect – banging beats, rip-roaring rhymes, and a high energy flow.

Mr. Jet Black not trying to pen a philosophical treatise; he’s trying to keep it real, give his point of view, and have some fun.  From that angle, the album works perfectly.  Although the production excels at blending ear-friendly beats with Mr. Jet Black’s unique lyricism.

I wouldn’t be surprised if the crew spent many a frustrated night in the studio trying to fashion the right sound.  Not only that, but the producers managed to blend the flavors of the Dirty South with the bounce of the West Coast.  That’s not an easy task.  The result is an eclectic mix of more diamond cuts than lumps of coal. The album is supported by the singles “I Don’t” Ft. Vitani and “Keep ’em Waiting” Ft. Mitchy Slick. And listening to Mr. Jet Black rap on them is a singular experience. He’s an enunciator of the highest order, syllables tumbling out of his mouth, at times speeding up his words to squeeze them between the elephantine drum slaps, and at others stretching them out to emphasize certain phrasings.

He can also be an abrasive vocal presence as he bellows and guffaws gutturally from time to time.  Mr. Jet Black has substance, a broad vocabulary, and a flow that’s hot enough to melt ice glaciers. His transitioning from sentence to sentence, is truly a thing of beauty, and can be sampled on tracks such as “On The Low”, “Cloth I’m Cut From”, and “In My Face”.

“Ambidextrous”, combines a set of great banging songs with plenty of Mr. Jet Black’s ambitious flows, remaining extremely notable for its fulfilled promise as for its even execution. The album is curated carefully and put together meticulously, in a way that will actually hold up over time.  It’s all about consistency and quality. 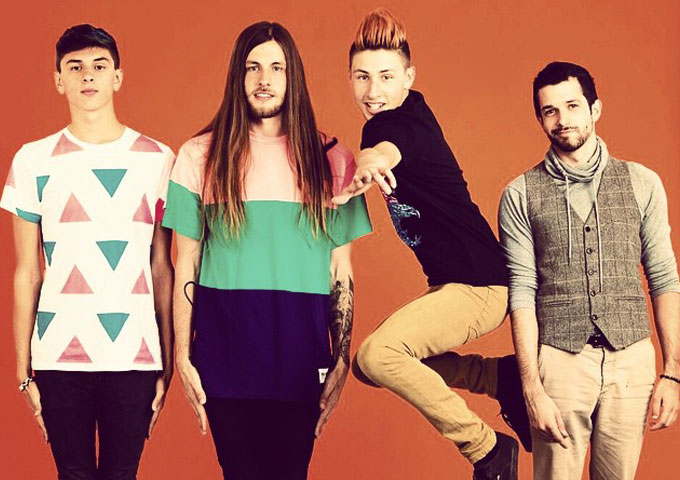 The Color Wild is a new taste of what America has been waiting for!
September 18, 2015