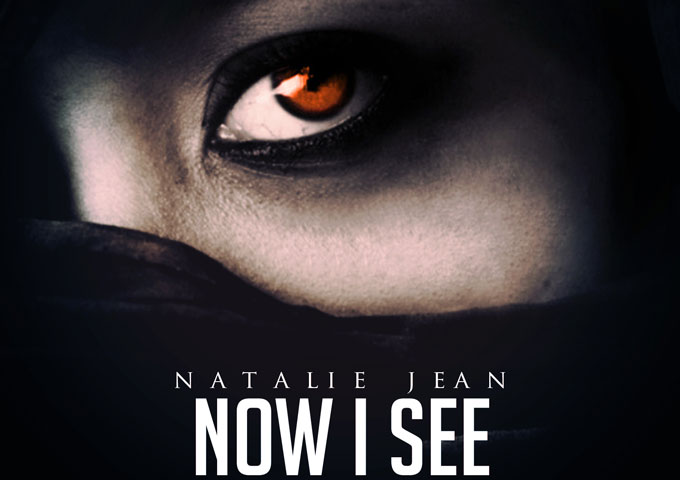 Natalie Jean is no slouch. She is ripping up the airwaves, and continually shows she can produce consistent work that is glossy, personal, natural, and relatable all rolled into one. Her single “Now I See” is not the overly robotic, emotionless pop you hear from too many contemporary record producers – it’s a record built on intimacy, and personal exploration. “This is a song about being able to finally see the true nature of the person, you have been dating,” says Natalie.

Natalie again transcends her previous releases and holds true to her incredible talent. Minimal but rich-sounding, with her voice front and center, “Now I See” is a solid, mature and subtle offering from a classy singer. Every possible aspect has been taken care of, from the music to the lyrics, and the mixing and mastering.

And what impresses me the most with Natalie is the growth she has shown as an artist from her initial releases all the way to now.

Each time reviewing her music, I have to replay many of the tracks to fully appreciate the overall effectiveness and professional artistry she displays. Her music isn’t just a one-time listen – her music feels timelessly grand. And a song like “Now I See” makes you want to fall in love, experience heartbreak, and do it all over again.

I give a ton of credit to Natalie Jean’s honesty and passion for her craft. Her music and sound as a whole doesn’t come across as just “silly love songs” or “someone crying over a beat”. Natalie’s lyrics and sound display all kinds of emotions: joy, happiness, loneliness, and love.

There simply isn’t an independent artist out there with the same grace, power and more importantly, consistency Natalie Jean possesses. And her voice simply cuddles my soul and heart!

You can now pre-order “Now I See” on here on iTunes.

MORE ABOUT NATALIE JEAN: This multi-nominated and award winning singer, songwriter and performer has already released 3 full albums, performed at a plethora of important venues and produced music in diverse genres, including Pop, Rap, Country, Dance and Rock, and sings in English, French, Spanish, and Creole. In 2014, as well as 2015 she was placed on the Grammy ballot.

Natalie has enjoyed various award-winning collaborations with various creatives such as Turkish producer Gurkan Asick and Trevor Sewell, as well as her father Guy R. Jean, with whom she won a music award for the song “C’est Toi et Moi”.