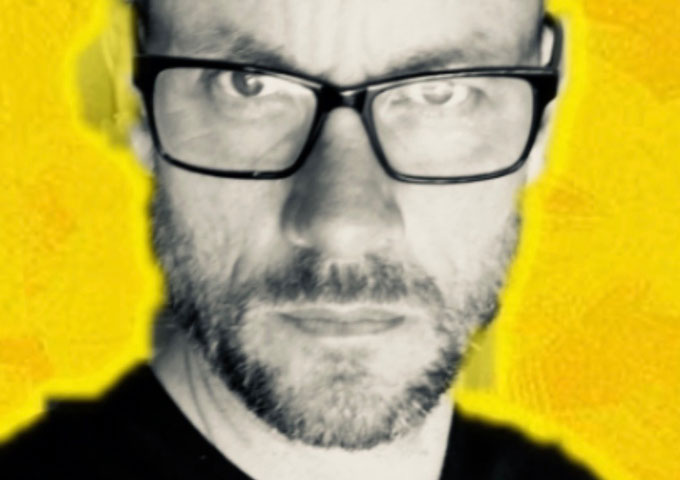 If you’ve ever wanted to describe to somebody, what cinematic electro-pop sounded like, and needed just one song to do that, here it is – “Intoxicated” by Neon Radiation. The track, which will be dropping officially on all major steaming sites on the 21st of June 2019, captures all elements which consolidate that specific sound. Atmospheric, thrillingly noir and sensual in concept, with a warm and ear-friendly electronic soundscape, supporting a catchy melody and captivating vocal.

This is an amazing journey through a melodic arrangement, coupled with smooth female vocals and melancholy synths, giving this track very high replay value. “Intoxicated” is very powerful and has an epic like quality in instrumental composition. The song epitomizes the best elements of the electronic music genre and shows Neon Radiation at their songwriting peak.

Neon Radiation is Gary Blake, a London based Pop music songwriter and producer whose work features a range of male and female guest vocalists. Blake has always been adept at seamlessly integrating guest vocalists into his music, all while maintaining his identity and cohesiveness as a songwriter and producer and this track again shows that skill off well. The chosen female singer for “Intoxicated” is absolutely sublime in her execution of the storyline and in exulting the richly textured backdrop of pads and heartbeat rhythm. “In the morning hope is hard to find. See my flaws of the human kind. You took my body, what about my mind? No there’s never a love guarantee,” is the kind of impassioned but tortured conflict that runs through the narrative. Far from a somber affair, though, the track’s infectious mix of melodrama and melancholy renders the song a mesmerizing slow-motion Adrenalin spike.

“Intoxicated” finds a balance between edgy electronics and sensory grace. This is an immaculate piece of cinematic electro-pop with a central hook that, together with the searching of the song’s lyrics, is enough to make one go weak at the knees.

This seems to be the new trademark sound for Neon Radiation where you can block out just on four minutes of your time, and you’ll be transported into an entirely different universe. Neon Radiation have recorded the best track they could have envisioned: a layered and cohesive package of enveloping synths filled with addictive hooks, sublime vocals, and a powerful narrative.

There’s a bittersweet twinge if you may, hidden deep within the track’s warmth that makes it ever so intriguing. Of course the vocalist’s uncanny ability to meld her pitch and delivery to the material, employing just the right amount of restraint contributes greatly to the tuneful mantra.

This gorgeously produced, introspective new record integrates all the trademark Neon Radiation elements the Gary Blake has utilized, in different ways on past outings, but his focus has pivoted towards a more lyric-centric style of songwriting on “Intoxicated”, which allows him to improve on anything he has previously done, in almost every way possible. Who knows where Neon Radiation is capable of going from here.