Born in Calcutta, India, Rhett May was immersed in a magical, musical melting pot; Carnatic and Hindustani music and instruments such as the Sitar and Tabla always providing melody and percussion against a daily backdrop of lifting and soaring voices of Ragas. By the time Rhett had begun boarding school in the Himalayan foothills; western music had also begun an invasion; The Rolling Stones, Beatles, Cream and Jimi Hendrix.Rhett May, whose first band was named The Wooly Bullys, eventually made the move from India to his current home in Australia. May who has released various singles, EP’s and albums during his long standing career, recently spoke to us in an exclusive interview.

Rhett May: Since I was 15 years of age, with a band called the Wooly Bullys…in Calcutta INDIA.

Rhett May: My first musical influences were ELVIS, FABIAN, CLIFF RICHARD, and listening to the harmony/crooners bands that my father listened to…The Platters, The Inkspots. However,  also got involved with the Beatles, Dave Clarke Five, Jimi Hendrix, Cream, Jefferson Airplane, Rolling Stones, Herman’s Hermits…etc…etc…around the age of 15 yrs.

Rhett May: I’m totally averse to most of today’s music…it’s too ‘cookie-cutter’…today’s music has lost its soul somewhere down the manufactured line…the audience seems to be force fed mechanical plasticity with lyrics that are laughable. Music…songs…are a medium with which to provoke all the emotions in a human being…LOVE….LAUGHTER…HAPPINESS…GOOD TIMES…and convey a message…tell a story. I only listen to the people like Santana, Lennon, Pink Floyd, Rolling Stones, Cream, Clapton and the hard rock bands – Deep Purple, Led Zeppelin and Ozzy Osbourne etc. I love bands like YES, Queen, Black Sabbath – hard rocking, great vocals and harmonies…’when the van is rockin’…don’t come knockin’…

Rhett May: I love working with like-minded people. I was always the initiator and am extremely centered about how I want things done, but I generally get my way because I think outside the ‘norm’…and most musicians are eager to follow a formula and say “but that chord or sequence doesn’t fit”…and I say “Why not? Who says so?”….I don’t like to do things simply because that’s the way it’s done….so people/band members tend to follow my lead.

Yes…working solo…or with other members of a band is certainly different…but I don’t mind the synergies that follow!

Rhett May: YES…video…YouTube…fabulous…so much more you can say via this visual medium. They say that a song with a video can have around 65% more attraction and impact than the audio track on its own. My latest video is called ‘The Violence of Ice’…it’s an anti-drug song that I’m hoping will attract more awareness to the dangers of the drug and the violence that can impact, especially toward women and children.

Rhett May:  As they say “Horses for Courses”. There is a time and place for both. It’s magical on stage and the rapport that it can bring between myself and the audience is immensely satisfying – knowing that people appreciate your music and believe in your work. At the moment I’m in a place where I’m very secure and happy to be writing, recording and simply jamming with my mates, but I hope that next year we could summon up the motivation for a tour. I’ve had a number of tours offered but nothing has been imaginative enough to move me.

Rhett May: I have an enormous number of songs written through personal experience and observations, remember, I have come through some of the most ground breaking decades in music history…60s…70s…80s…90s…into modern day music, and I’ve seen and experienced all types of things, events and occurrences ….ALL WITHOUT A SINGLE ADDICTIVE INFLUENCE. I was watching, registering and recording a lot of stuff that was insane! However, I have a very, very vivid and wild imagination too….and some of my best songs are all via my imaginings.

Rhett May: Wow, now that’s a tough one, because I write so many varying genres. I love heavy rock, slow sensitive ballads, community minded sing along stuff. However, if I were to pick something off my current album ‘Fast Cars and Sitars’ it would have to be ‘Drifting Dreaming’. A laid back, stripped down song about taking it slow and easy, laying in the sun and simply floating away….hehehe….as the song goes “OH SO SICK OF SHAKING HANDS…ALL THOSE FOLK WITH LEATHERY TANS”

Rhett May: Once again there are a number depending on the mood. Like an actor immersing myself in the role, I place my emotions in to every song I write and record. I am quite fond of ‘Insatiable’, which is guttural, raw and emotive, and like all my songs there is no technological enhancements or auto-tuning to my vocals. Everything done is natural. I’m not sure the vocal is that technically proficient. It wasn’t meant to be, but the acoustic work between the two guitars blends magnificently.

Rhett May:  I am totally passionate about lyric, rhyme, melody and rhythm. I am obsessed with making, creating music…OBSESSED! Love…sorrow…sadness…happiness…anger…every emotion that is possible, including lust is a part of what I create, and that is why I am so very disappointed in today’s manufacturing of the music that is being made, played, aired and sold. The absolute brainwashing of our youth and the music they are growing up with is a tragedy….NO SOUL!

Rhett May:  Every part of creating, writing, recording, performing…EXCITES ME…MY BLOOD BOOMS AND RUSHES around my body when I pick up my guitar….when I write a lyric…WOW!

Rhett May:  I do everything myself these days. I’m a perfectionist and I suppose a control freak. I need to learn to delegate and pass on the responsibility to someone with more time and more expertise than I….if only I can find a manager who has the nous and the passion….?

Rhett May:  I have built a studio in my basement at home in Black Rock Australia. I also have a buddy, Jimbo Payne, who was with me in my first band when we were 15 years of age. We still collaborate. He’s in Perth Australia and we talk via skype probably 5 to 10 times every day. We write together…or I send him ideas and he puts them together for me. He is a genius and knows exactly what I want and how I feel about things.

Rhett May:  My advice to anyone who will listen….BE YOURSELF! Write, create, play what’s in your heart and soul, be TRUE to yourself. DO NOT become a clone of something that the A&R guys/gals representing the so-called record companies think is the ‘next biggest star’. I refuse to play or create something that I feel uncomfortable with and that is not ‘ME’. Everyone on this planet is special and unique; whatever you create is special and unique. Be confident, be proud, YOU ARE SPECIAL – there’s no one else with your mind and your DNA. I regret trying to conform, albeit for around six months, to changing my music style to disco/funk in the late seventies when Saturday Night Fever changed the music world forever. I very soon decided to get out of music for good after that….

Rhett May: I did get out of music from 1979 to 2007 to pursue life in the corporate world, and found myself a ‘proper job’ as my father said…to support my family, but then again, I’ve come back to my roots and passion with a vengeance to make up for those ‘lost’ years and I feel that the experiences outside of the music scene looking in have been a blessing too !

Rhett May: Yes…the internet has developed an industry of ‘cookie-cutter’ artists/bands/and phony pseudo musicians….but on the other hand…it has also opened up the world to an individual’s music. Something that could never have been achieved simply by playing live on tour, or even getting an opportunity to being heard across the globe and beyond the frontier of one’s local town or city. I feel that the web, social media for indie artists has been a liberation of talent that has been made accessible to the masses of music lovers worldwide…FABULOUS!

Rhett May:  Emotive…passionate…uncompromising…raw and genuinely natural…nothing plastic or false. SIX decades of experience and experimentation to bring you music that will thrill your body, your mind…and satisfy your soul…music that is HYPNOTIC…EXOTIC…songs with an edge….that go round and round inside your head!

Rhett May: My latest album ‘Fast Cars and Sitars’ will be released worldwide on 30th October.

Rhett May:  What fires my imagination has nothing to do with Grammy awards or accolades of that nature. What I want to achieve is an acceptance of my music globally, by more and more people who understand what music does for the soul. Sure I’d love to have Platinum sales, but really the pleasure for me is appreciation of my endeavor, my creativity and my craft. I work very, very hard to produce what I do. I simply want recognition for my songs and my music, however, it’s not about me…it’s about my music! That is why you will NEVER see me appear in any of my videos…my songs are the STARS!

Rhett May:  SELL OUT! I create, produce and play WHAT I FEEL…WHAT I LOVE…WHAT I’M PASSIONATE ABOUT! 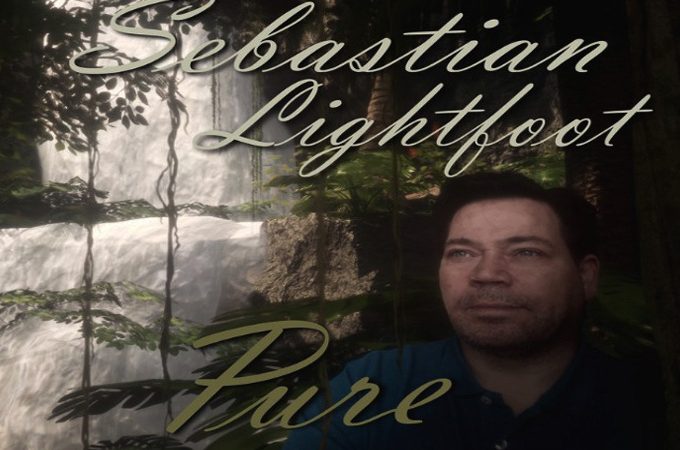