SHI 360 has decided to rework his debut album “Chapters”, thirteen years after its original release!

SHI 360 is a Jewish rap pioneer. He is an Israeli born Canadian rapper, producer and performer. Being raised by North-African parents in the complex reality of Israel has influenced his music to reflect an eclectic mix of Middle Eastern melodies, North African Rhythms and thought provoking lyrics. His ability to switch between English, Hebrew and French rhymes has opened up the doors to a global audience. After receiving global acclaim with his various releases, SHI 360 has decided to rework his debut album “Chapters”, thirteen years after its original release. Recorded in the pre-digital era, SHI 360 wanted to give the tracks a fresh new sound which more people could access online. Hence the release of “Chapters: Jewish Rap Bar Mitzvah”, a remastered version containing 13 tracks plus 4 remixes.

The fact that most newer music, and rap in general, has devolved into mind-numbing garbage, becomes clearer when you listen to this album. SHI 360 comes out flying in all of his tracks. If you are a hip hop head from the 90’s, this is the kind of album that would be talked about in all circles. 90s hip hop really set the stage for things to come in the next 10 years. It’s too bad that 10 years later, hip hop just does not measure up, bar a few exceptions such as “Chapters”. This particular time period for hip hop was more about the music as in beats, rhymes, lyricism, creativity, and all that makes hip hop great. And that’s what this album contains – only it has now been turbocharged sonically and brought into the 21st Century by SHI 360.

SHI 360 is by far one of the best Israeli rappers ever to walk the face of the earth and he proves it yet once again on “Chapters: Jewish Rap Bar Mitzvah”. This amazing album and artist is somewhat underestimated by the mainstream radar. If you have not heard of any of the SHI 360 music or style, this will get you hooked first time. He catches some deep lyrics with clean cut productions and mixes them into a warm dark haven that takes you to another dimension. You can tell when a musician is totally into creating, not just a song, but a work of art. SHI 360 in my mind is an artist and not just another rapper. To say that SHI 360 knows what he is doing is an understatement. It’s good to see an artist grow and mature musically over the years, but it’s even better when they know how to go back to the sound that got you interested in them in the first place. Only this time they do it better. SHI 360 definitely does that with “Chapters: Jewish Rap Bar Mitzvah”.  Ever since his music career began, he has had lyrical skills that have always been hot and crisp like fries fresh out of hot grease. One listen to “Jacob’s Ladder”, “I Was There”, “Open Your Eyes”, “Resistance” or “Chapters” not only confirms this statement, but also certifies SHI 360’s introspective and socially conscious verses. Outspoken honesty and versatility is this album’s strength. Its hard tracks are just as amazing as its soulful or socially-conscious tracks.

If you’re sick of non-talented rappers pushing out the most simplistic irrelevant banter, with a cheesy hook and a stupid dance rhythm, you’ll need a daily dose of “Chapters: Jewish Rap Bar Mitzvah”. Seriously though, this is a very good album. I love that SHI 360 always tells stories in his songs. I enjoy how he is able step back and bring an outside perspective as well as firsthand experiences into his lyrics. In my opinion SHI 360 is probably one of the most underrated underground Hip hop artists currently doing the rounds. So what made SHI 360 go back and courageously restyle his debut album 13 years later? Who better to tell us than SHI (Supreme Hebrew Intelekt) himself!

What was the idea behind releasing a remastered version of “Chapters”, 13 years after its original release?

SHI360: I got the idea from a fan that wrote me how “Chapters” is his favorite album and more people should know about it. “Chapters” came in a pre-digital era, and today, more people can access music online. So I was waiting for the right moment and what’s better than a Bar-Mitzvah?

What are the major differences between the 2002 version of “Chapters” and the latest release of “Chapters: Jewish Rap Bar Mitzvah”?

SHI360: The Bar Mitzvah Edition is digitally remastered and has 13 tracks instead of 17. It also has 4 remixes. One of them is from the biggest hip-hop artist in Turkey – Sagopa Kajmer. We actually connected thanks to “Chapters.”

Between lyrics and music production, which did you handle on “Chapters”?

SHI360: On the original “Chapters” I was only handling the lyrics. I have grown a lot as an artist since… So in the Bar-Mitzvah Edition, you will get to see me on the production side with 2 remixes done by myself.

Are there any featured artists on “Chapters” or do you handle all the rapping. And who actually sings the hooks, like for example on “Jacob’s Ladder”?

SHI360: “Chapters” was featuring most of the big Hip-Hop names in Montreal at the time: Obscure Disorder (A-trak’s group), Manchilde, Mr. Malish, and TFS singing the hook on “Jacobs Ladder.”

Since the original release of “Chapters” and the new remastered version, how much do you think your rapping style has changed, if at all?

SHI360: I think my rapping style progressed and has grown since to be more versatile. This was my very first album. I was raw, young, and didn’t have the same experience as I have today. However, it’s still positive, still conscious.

In the same context how much do you think Hip-Hop and the music business in general has changed during this time period? And do you think it’s for the better or for the worse?

SHI360: Hip-Hop changed A LOT since then. Some will argue that it’s a question of taste, but I genuinely feel like Hip-Hop had more meaning back then. More substance.

SHI360: This is an unfortunate reality. We will always have people with their eyes blind to the truth. I try and shed light through my music. If I’m able to touch one soul – I feel a great accomplishment. I’m also an optimist so I do believe things will change for the better.

Why did you add the title “Jewish Rap Bar Mitzah” to “Chapters”? Is there a specific significance to that?

SHI360: There are a few rappers that are Jewish, but there were no “Jewish rappers” at the time I came out. No one rapped about Being Jewish, Sephardi, Israeli, etc. They were just rapping. I put that on the map, so it’s the “Bar-Mitzvah” of Jewish rap! Simple as that. 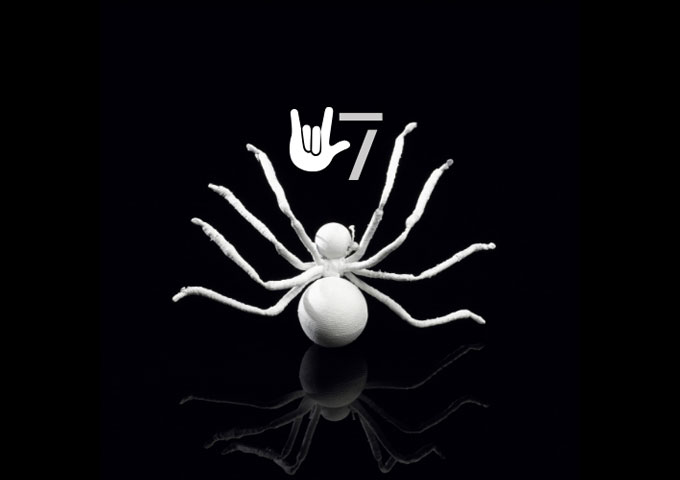