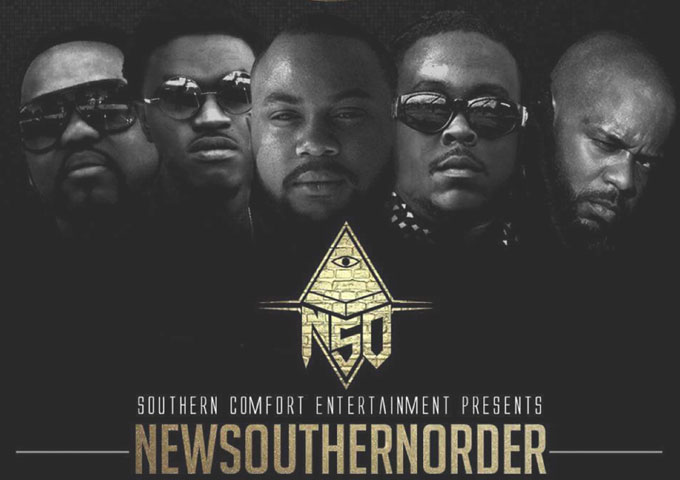 The “New Southern Order” Compilation album presented by Southern Comfort Entertainment should be in everyone’s top ten lists. It has some great tracks and some tremendous bass to bump in your car.  Moreover it has various artists with their own styles. NSO (New Southern Order) is one of those rare, under-the-radar albums which is capable of forging an unlimited load of underground hit singles.

The New Southern Order is a collaborative group of artists who hail from different parts of the south, bringing their talents to the Southern Comfort Entertainment label. The group is the creation of S.C.E CEO “BooBee” Torrey and currently boasts a 5-man roster consisting of RastasWorld, ChipOffDaBloc, OG Wile Out, Extraordinaire and IamChristyle. They could be likened to a Southern version of the Wutang Clan as each member is also a solo artist. Only they may be just a whole lot catchier! If you’re a Southern hip-hop fan you need this in your collection. Period.  It’s just so damn good. Most albums of this type have one big problem. Filler. Thankfully, there are no songs here that are bad, and they’re not even sub-par. This here, my friends, is some pure southern shit! From the moment they open with the title track – “New Southern Order”, the head-nodding groove just hits you.

These brothas were having a great time recording this album, you can just tell and the beats are among the best I’ve heard, because they don’t intrude. They stay back field, fire the groove, and allow the emcees to devastate the mic.

There are just so many good tracks here, I would need pages to describe them all, and favorites would obviously depend on your personal tastes and state of mind at the time of listening. But when “Trap Jumpin” kicks in with ChipOffDaBloc and G-Mann, you’d be hard-pressed to resist those gravelly vocal tones. If you’re thinking about bouncing around the room, you could not avoid a banger like “She Go” featuring RastasWorld.

And once you’re on the floor, stay up there with Extraordinaire as he delivers high energy vibes with “Thee Tho Thotee”. The fact that everyone is blazing on this album becomes even clearer when ChipOffDaBloc, OG Wile Out and Texa Ko step up to the microphone on “Trap Money”.

“Sundress” sees the entire crew of RastasWorld, ChipOffDaBloc, OG Wile Out, Extraordinaire and IamChristyle rotating and taking turns flowing to the awesome beat. This one’s for riding!Tight as hell, ChipOffDaBloc has one of the most distinctive voices in hip-hop, which he puts to prime use on “I Know”. On “Watcha Want”, OG Wile Out sounds like his voice has been dragged through the deep blue sea and came out crystal clear. More mad skills and a fat piano driven beat is supplied on “Lit”, where IamChristyle sets the thing on fire. But all-round New Southern Order sound like a super group for rap.

That the Southern Comfort Entertainment group is qualitatively one of the most consistent labels in the underground game is no secret anymore. With the release of the “New Southern Order” compilation album, CEO “BooBee” Torrey and his 5-man musical crew, only confirm and consolidate that statement. For any fan of any kind of rap, this is an essential listen. Buy this album it is a classic. You will not be disappointed.