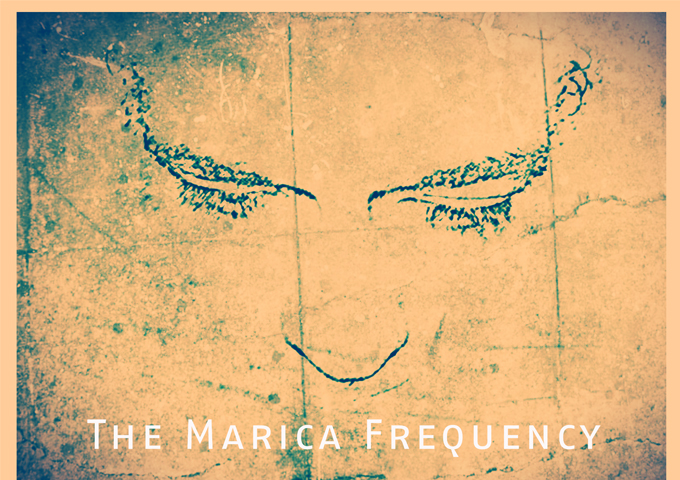 The Marica Frequency is an alternative folk/indie band from South Wales, UK, founded in 2015 by songwriter and producer Christopher Evans. They released their first, independently produced album entitled “Nursery Rhymes”, in 2017. Their latest 9 track album “Delicate” is the project’s fourth studio release. The Marica Frequency’s latest album vacillates musically from plaintiff soul-searching folk tunes to lush, complex, multi-layered production numbers that still manage to sound intimately personal. It is an enthralling emotional journey that takes us to the depths of the composer’s afflicted nadirs to his more hopeful spiritual epiphanies.

On very few occasions has an album struck me as being such a complete statement about the human emotional condition. Perhaps it is Christopher Evans’ personal sensibilities that allows him to hold such a profound combination of despair and distress supplemented by boundless rays of hope.

Take this as a lesson for the bland musical artists who prostitute themselves wildly to the mainstream, The Marica Frequency’s music is what you can do when you simply let your creativity, faith, and true inner feelings inform and inspire the music rather than just use the music as a cheap commercial tool.

The Marica Frequency comprises an important school of contemporary music: restrained yet lush, in some cases challenging traditional song form, borrowing from the sounds of organic traditional folk and modern electronic technology, and assembling them in wholly new ways.

This album is a masterpiece of that blend, and it is a true gem that will probably only get better with age. Acoustic guitars, gentle vocals, shimmering keypads, ethereal choral voicings, resonant string tones, and off kilter rhythms drift in and out. The soundscapes can alternately evoke affliction, paint pastoral images, or dig into an entrancingly somber groove.

“Delicate” is ultimately the type of dense, challenging project that demands to be repeatedly, an actively engaged. Though the album shows the songwriter’s fluency in his craft, it is never pretentious. The key distinction being that Evans approaches the ideas that infuse his work with the respect they most certainly merit.

That much is clear from the mellifluous opener, “Open Arms”, which distills a profound sense of spiritual affinity into a simple melodic motif. The Marica Frequency also fully grasp the importance of a traditional mainstream structure as a means to enhance a theme, which they beautifully illustrate on “Blue Eyes”.

“Where Have The Angels Gone” makes use of vocoder effects and hazy keyboard tones to bring a progressive and psychedelic slant to its devotional narrative. “Borrowed Time” is another example of how Evans writes songs that often surprise for the goodness of their minimalism.

“Written By Rabbits”, on the other hand a is a lushly orchestrated string dominated composition, embellished by quirky celestial vocal adlibs. Truth is, The Marica Frequency gets everything right. And, ultimately, that’s how this album surpasses expectations. From its framing rich vocals and its folk songwriting to its otherworldly narratives and its lush instrumentation, “Delicate” is musical art of the highest caliber.

But the best is yet to come with standouts “Hope”, “Remain” and “Breaking the Silence” talking center stage, in my book. All three are breathtakingly beautiful. Rich in harmony and intoxicating atmosphere, musically, the arrangements are staggering.

By the time the album closes with “Morphine”, it is clear there’s a conviction and a reverence that fluidly runs through these songs. There are so many minute nuances to pick through and convince you that this is not a project not to be taken lightly. Executed with passion and originality, “Delicate” is one of the finest records of its kind that you’ll hear this year.