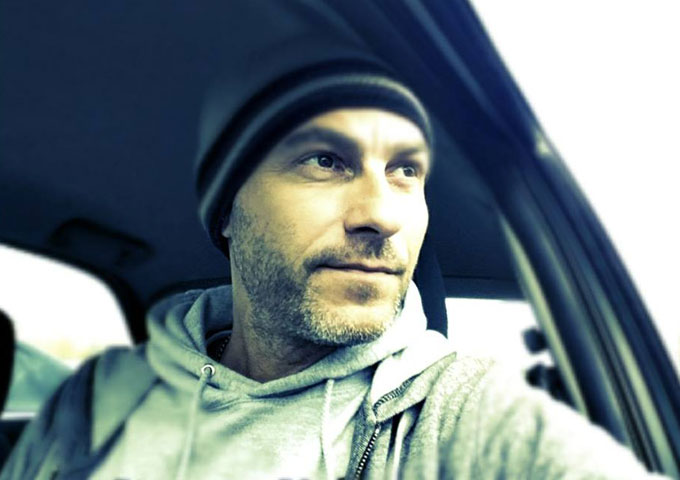 Steve Lock is from Swansea in Wales (UK). He has been creating music since 2007 and has been impacting the alternative indie scene with his project They Made Monsters. Merging a blend of Hip-hop, Electronic and Alternative Rock flavors, Steve has finally put together his debut album, entitled “Reverse the Curse”. It contains eight tracks that were born out of Steve’s struggles and pains – his addictive demons, the suffering of abuse and loss, and the fact of turning towards faith to overcome his personal hardships, which eventually brought him to this point. Steve’s talent as a performer is to be commended – besides his singing he has a blistering rap flow; he is an incredible storyteller, with narratives that can be both deeply personal and spiritual, and oftentimes plain entertaining. On this debut album, Steve Lock aka They Made Monsters shows his hunger to gain respect. His songs are full of the confidence and swagger of a man on a mission who will not be stopped. He is comfortable talking about his struggles in life, and still has an uplifting message of hope for humanity brought about through his faith.

They Made Monsters bursts out of the gates here with an unstoppable power and there isn’t a single weak track in the bunch. If you consider yourself even a passing fan of underground hip hop and alternative rock and electronica you must add this album to your library immediately. Simply put, it is essential. He explores a variety of emotions on several tracks and does so effectively on the opening track.

Driven by a dominant piano, “But for the Thirst” is an exploration through the darker side of sound and is at times disturbing, as They Made Monsters layers the track with low register raps and soaring choruses. Steve compliments the rhythm and energy of the music perfectly, as he paints a clear picture of his personal experiences.

They Made Monsters dive right into socio-political commentary on the intense alternative rock sound of “Stir Things” (Radio Version). “They drop the bombs / tell us what’s wrong / string us along / but this time they’ve gone too far,” sings Steve. Rarely do you hear such a mix of emotional candidness, artistic vision, skill, and awareness. There is a genuine strength to every word, as he flexes his songwriting skills, painting visions of the world that his window looks out to. The words: “Trying to find that place / that doesn’t know you well / it’s like trying to hide your face / in places where you dwell,” brings us right into the visceral blend of “Penitence”, which moves through moments of darkness and light within a pummeling alternating soundscape. This could possibly be the best track on the album.

They Made Monsters is vivid and his delivery is solid on “Time To Breathe” (feat. Sharon O’Brien) which blends an insistent beat with melodic vocals and Steve’s articulate rhymes. “You’re Precious”, sees Steve immerse himself in an alternative synthesizer fest that shuffles between tempos, moods and tones.

“Divine Interventions” balances on the border between darkwave and Motown soul in an arena-ready track with strong anthemic and spiritual tendencies. As usual, Steve incorporates a lot of start-stop tempo changes into the track to keep his listeners challenged. Finally the album close with a more fleshed out version of “Stir Things” (Don’t Turn Off The Light Version), which has the catchiest keyboard hooks on the entire recording.

They Made Monsters put together some fantastic production here and seriously deserves love for the amount of commitment and energy he put into making an album this well thought out and impacting, and with this much sonic variety. The release date for “Reverse the Curse” is  set for the 7th December 2018.