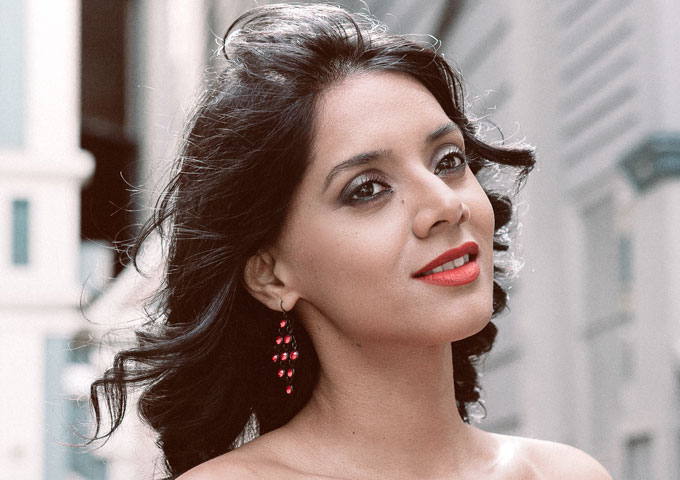 SuriLee AKA Samhita is a singer, songwriter, lyricist, composer, producer in Pop and R&B genres. Suri was brought up in Mumbai, India. Her passion for singing started in early childhood, when Bollywood songs mesmerized her. SuriLee, who initially studied singing with Sri Sumati Sarangapani – before he upped and went abroad – was forced to be patient about a career in music due to her family’s traditional values which opposed a career in entertainment. Suri eventually ended up studying in the USA where she studied Accounting at the University of Baltimore and earned a Bachelor’s Degree in 2006, as well as a Master’s Degree in 2011.  Though she worked and had children afterwards, her passion to become a singer never ended. This led to the release of her debut album “Wild Lily”, recorded at Shine On Studios in Oakland, CA, and produced by David Hughes. From the aforementioned album, comes SuriLee’s latest single, “Don’t Know”.  Its appeal is rooted in a tender melody, concise vulnerable lyrics, and a sense of authenticity and an exposed soul which is so heavily laced throughout the track that the audience has no choice but to feel their own emotions within the song and embrace the music as a familiar extension of themselves.

Listening to “Don’t Know” is like reading a novel of transformational life moments, with the song serving as its own chapter in a tale of love, loss, resilience, rebirth and, ultimately, redemption. She does all of this with an economy of words that is utterly surprising.

Many of the aforementioned emotional states are predominantly perceived rather than narrated, as you receive SuriLee’s messages via her performance, and not simply in the lyrics. This sounds like an empowered statement of survival and freedom – an anthem in the hope of reclaiming one’s own inner voice and spirit, while shedding the past that may have held you down.

Woven throughout “Don’t Know” is the theme that happiness and pain are inherently connected, but that the recognition of both allows for acceptance.

“Don’t Know” succeeds in the universal humanity that comes through what sounds like a personal story from SuriLee. During a time when music is far too often pre-packaged through audience market research, this song captures an unapologetically honest and raw side of the human spirit. And wraps it in a crossover Pop/EDM tapestry that is accessible to any listener who has ever opened themselves to the full potential of life and love – with all of the hardships, strengths and triumphs that may shine through.