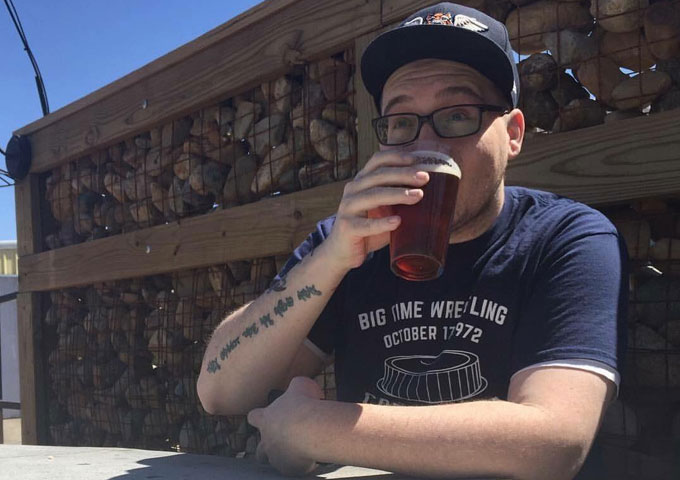 Dirt Vonnegut may be a sort of unknown in the mainstream hip-hop industry, but his new single “It’s All The Same Song” may help him achieve more of a serious position as an artist in both the underground and mainstream flows, because, this is a pretty solid record. The song produced by PRIMObeats is a smooth ride, with some very promising moments. The opening spoken word intro helps solidify the overall theme of the song, by asking the fatal question: “If I were to tell you, you were never gonna get rich and famous off of hiphop, would you still do it?” You quickly get the vibe of what Vonnegut’s answer would be, as the rest of the track actually goes pretty hard, filled with drive and confidence from a rapper who is clearly on a mission.

And if that’s the case you’ll be as excited as I am about this track. Dirt has been rapping for over 10 years, originally a member of the hip-hop collective Open Mind and more recently as a member of The Lit Club.

Vonnegut is an exciting, ball-to-the-wall artist, and the track discusses the memorable moments of his grind, as Vonnegut hands out some valuable reminders and advice. The track moves a mile a minute and changes pace, tone, atmosphere and energy at the drop of hat.

The one constant is that it’s often Dirt Vonnegut’s flow that makes the transitions seamless. He adds so much to the cascading, epic feel of the track. I usually look for a groove in any new track that will stand out once the dust of its freshness settles. Well, I felt that groove here.

My heart started to beat faster, my head was nodding more emphatically than ever before, I got Goosebumps and I felt that rush. If you feel it you’ll know just what I’m talking about.

In that small, 3 minute track, I got everything I needed and everything I love about hip-hop. There was the high-octane, face-melting lyricism, and the slower, more atmospheric and poignant musical soundscape.

Today, if you don’t have a unique hook, a personality, a product that fans can only get from you and you alone, you will not survive in this industry. As someone looking to craft a voice and a persona, I respect Dirt Vonnegut. Quickly running through his catalog, it’s clear that his sound and style comes from being able to hop all over the map, to create all types of songs and still sound at home.

It’s astounding really. From the very first second of any Dirt Vonnegut song you know who it is, you know what to expect, and yet you can still be surprised. That’s what makes an artist great.