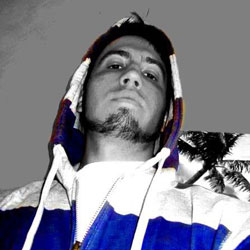 Up and coming rap artist Jaron has released his new mixtape entitled “Neutronix”. Leading with his single “Lucid Walking” he plans to make an impact on the music scene and gain recognition worldwide.

“Neutronix” is currently getting online radio, social media support, and feature on some of the hottest hip-hop and multi-genre music websites and blogs across the internet. Some critics peg it to be unique, fresh, and more lyrically advanced than anything in hip-hop (quantified by the number of rhyming syllables per bar).

This record has been played over 12,000 times online in the 28 days it’s been out, which is a testament to its rising popularity among music listeners. Take a listen to “Neutronix”, leave a comment to show support, and follow Jaron on social media to keep updated with new music @HipHopPush