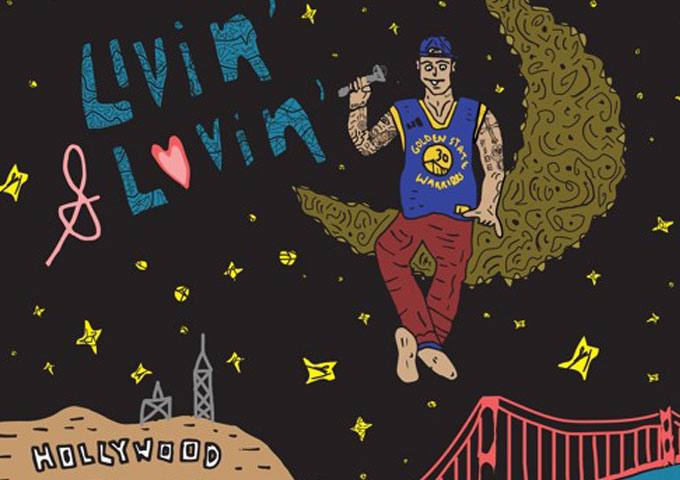 Jake Thronson has a new single out, entitled “Fresh New Kicks”. The track can be found on SPOTIFY, while you can follow Jake on INSTAGRAM. Jake Thronson is currently working on his upcoming album “Livin’ & Lovin’”.

Q: Where did you grow up?

A: Southern California. I was born in Riverside and my family moved to Nor-Cal when I was in 7th grade.

Q: When did you start playing guitar and what’s your favorite guitar?

Q: What was the first song you learned on the guitar?

A: I learned two at the same time: “Crazy Train” by Ozzy Osbourne and “Breaking The Girl” by the Red Hot Chili Peppers. I had one guitar lesson when I was 15 and decided that I would just learn to play by ear.

A: I’ve done it since I was a kid. As a teenager my buddies and I formed a couple bands.  I’ve experimented with and written so many jams over the years. Music is and will always be something I do just because I love it and enjoy sharing stories with people.

Q: What are some of your favorite Surf Movies?

Q: Who are some of your musical influences?

A: Music is something that always seems to find its way into my day. Creating new ideas, melodies or just simply listening to an old album while cooking or messing around on the guitar. Aside from that it’s lots of travel, business adventures and lots of surfing, snowboarding or exploring. Anything outdoors I’m in. I’m also very passionate about helping out in the community and giving back… that’s one of the main reasons why music is so awesome. It allows me the opportunity to meet so many incredible people from so many different walks of life.