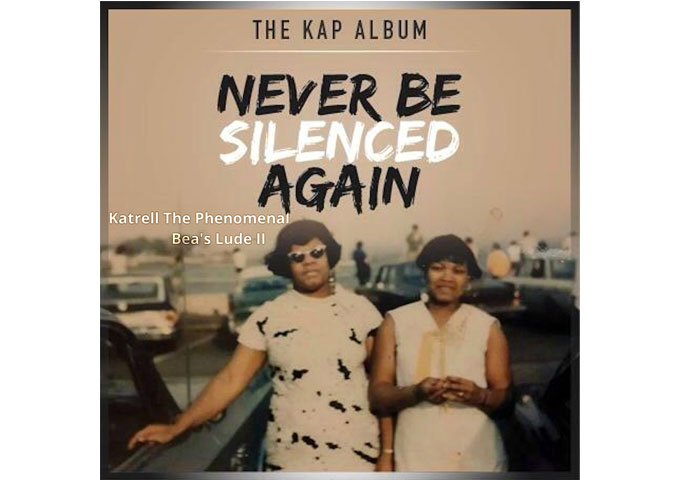 Katrell The Phenomenal is back with another blazing hip-hop track, entitled “Bea’s Lude II”, built upon a R&B production by Tone Jonez, who also sings the amazingly soulful hook, while the recording and engineering was handled by DoomGotBeats. This track is everything that today’s music is missing. It’s well-written, beautifully crafted and timeless. Katrell has always kept his artistic integrity in every single or album he has released in his career. “Bea’s Lude II” is an incredible master stroke of pure musical genius. Katrell The Phenomenal has infused a much needed jolt of hope into R&B and Hip-hop blended music with this stellar track.

Melodically plush, “Bea’s Lude II” is so smooth that I almost slipped into a pure hypnosis listening to this incredible track. It is soulful and superior to most anything else on the radio right now. Katrell The Phenomenal has an incredible grasp on what his sound should feel like. My admiration for his music may make my opinion slightly biased towards his releases, but everyone that listens to him cannot deny the fact that he is gifted at what he does. Katrell has grown musically within his long career and the growth has made him a better artist because of it. The song is poignant and touching with a beat and rhythmic style that makes you want to listen to it over and over again.

If you can appreciate mature hip-hop with quality beats, a sophisticated sound, and inventive lyrics, then you need this “Bea’s Lude II” in your life. I sincerely appreciate this track because I love the depth and growth that this man is showing. Hip Hop should be about progression of expression. There’s more to life than running the streets, hustling in the streets, etc. Katrell The Phenomenal’s life has evolved and naturally his lyrics reflects that. Katrell truly displays why he is one of the best underground lyricists in the game; check out the lyricism, wordplay, rhymes, what and how he raps it, the wit and flawless flow). He also shows on “Bea’s Lude II” that he’s one of the best at picking producers for tracks that excellently match his flow.

If you are a fan of any Katrell The Phenomenal single or album, you will enjoy this track. It does a nice job of recreating and collaborating classic R&B with hip-hop. The production is top quality as always and Katrell does his job by showing off his charismatic flow and lyrical mastery. He once again shows that he can create classic songs that anyone would like.

About: Katrell Antonio Platt aka Katrell The Phenomenal, the eldest son of a member of the NC A&T University Alumni / Marching Band and band director, was born in Mount Vernon, New York but as an infant was relocated to, and raised in Mullins, South Carolina. Surrounded by family and music, this is where his concrete work ethic was instilled and the “adapt to overcome” foundation began, as well as some of his darkest times of life. Raised in a single parent home and pretty tight knit community, Katrell gives the biggest credit to the greater ancestors of his family, that he had the honor to encounter.