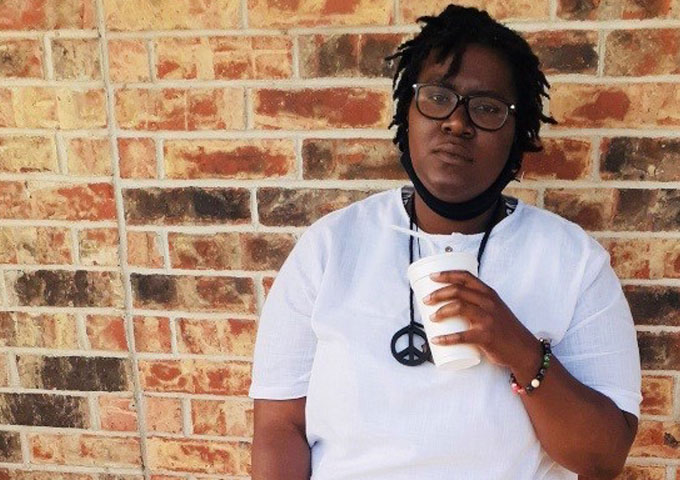 Javontae L. Kelson aka Kels Minor, was born and raised in the state of Louisiana. She started making music at the age of 9, and grew up on her influences which include Mia X, Lil Boosie, Eminem, and Lauryn Hill. Regardless of her struggles and afflictions, music is what brings her joy and allows her to keep telling stories, while maintaining a positive mindset. Her commitment to the craft is total, considering she has formed her own label called F.O.G MUSIC and is out there scouting for talent. Kels Minor is so real. Her album “Y.O.T.T Vol One” speaks volumes from start to finish. I have nothing but respect for any hip hop artist who encourages women to think instead of blink. Virtually every song is great. She talks about things both men and women can relate too, but from the women’s perspective, which is lacking on most of hip hop.

The album presents many underlying themes that listeners subconsciously take in. It ties together the ideas and tones Kels Minor, as well as the allure of triumph over both the good and bad times.

Establishing the rapper as much more than a street corner salute to hip hop’s lyrical greats, “Y.O.T.T Vol One”  institutes Kels Minor as a multifaceted emcee capable of head moving street bars and soulful reflective insight into all of life’s highs and lows.

Kels Minor decided to take all that she learned from her previous projects and combine that into a rare introspective effort. From the opening track “Wake Em Up (Intro)” to the closing cut “Kept It Too Real (Bonus Track)”, Kels Minor’s narration of her own experiences, transforms the album from complex portrayal to personal abstraction and human-dignifying advancement.

“A Million Miles” is the quintessential track that shows Kels Minor’s development through the rap game. The song includes some traditional braggadocios bars from Kels, which fit in well with the track’s motives.

Instead of trying to establish who she is, it gives listeners a feed of her rap game vision. By the time you press play on standouts “Never Broke Again” and “Know Your Worth”, Kels has forced listeners to appreciate her music for its own merit rather than praise her ability to excel despite her gender. Kels Minor is a rapper who doesn’t suggest sluttiness, whether aural or visual but instead drops lyrical bombs. Her content is pure sentiment throughout and its gorgeous peak on “Thug Cry” where she drops “I pray a lot to get a better understanding. Lord I need answers, do you hear my thug cry?” are among many lines of deep thought. As an emcee, the uniqueness of Kels Minor is her idiosyncratic pacing that punctuates and drives one breath through lengthy bars in a distinct tones.

It prevails throughout the consistent and mellifluous “Ain’t No Love” and “Swag When I Walk” ft. Boss Venom, where her vocal tone is mesmerizing. Kels Minor’s success on “Y.O.T.T Vol One” is the fact she’s an inspired writer who can convey the thoughts of her beautiful mind while not leaving the listener feeling left behind.

She covers all bases and talk’s straight, which can be heard once again, on the album closer, “Kept It Too Real” ft. RnB. Kels Minor is a storyteller, and completely her own woman in terms of her vocabulary and rhyme flow. She is the master of her own style.