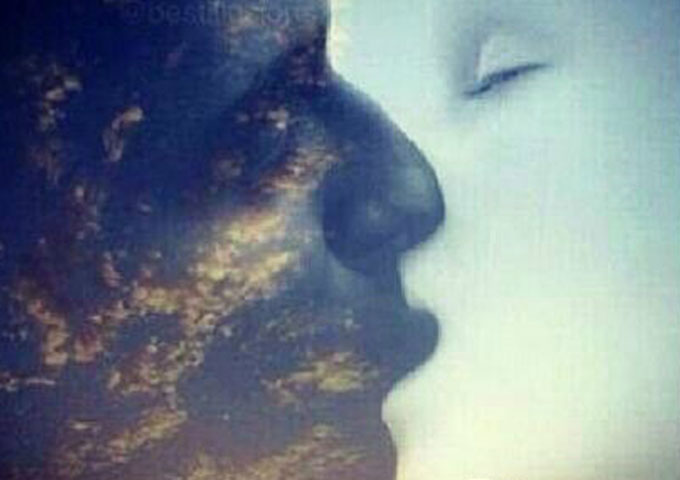 Most things in life need a soundtrack, and love is a project that is always begging for one. In particular love across cultural borders and across racial lines. But so many of the songs that overtly and explicitly talk about these romantic but suffered excursions are old. You don’t hear pop stars crooning about miscegenation these days. But, as we know, coupling up across racial and ethnic lines is happening now more than ever.  Yet Americans feel more anxious about interracial romance than any other social reality and I think that’s been true for the entire history of the country. So if pop music is a reflection of the issues of the day, why aren’t we bobbing our heads and shaking our hips to more songs with lyrics about cross-cultural loving?  Is writing a pop song that delves into the complexities of today’s cross-cultural romances too tough to squeeze into a marketable pop song that lasts all of 3 minutes? Not if you ask eclectic artist Kenny Fame. If you’re looking for a contemporary pop song that talks about the struggles of interracial romance, look no further than “Louise”. The usual clichéd – “Do you ever think back, about the way we met? I was Black and you were white, folks kept telling us it’s not right,” quickly moves into more substantially serious territory. “You can never walk away. What we’ve shared won’t go away. Together we made a baby girl that another man claimed within your world.”

Of course, to further complicate matters, Louise was the narrator’s first love, whom he has never forgotten, and certified by the chorus line – “Every single little breeze seems to whisper Louise.”

Kenny Fame’s delivery is precise and focused, and never forced into melodramatic vocal passages or cloak-and-dagger histrionics of any kind. Even if the song’s theme might allow for it. Instead Kenny comes across as emotionally affected, but sincere and rational.

Almost as if he has come to terms with the pain and loss, without of course fully accepting its unjust consequences. The genius of this song however, is the fact that Kenny Fame has built the lyrical framework around a fairly bubbly electronic beat, hence totally eliminating the woeful heavyheartedness a slow-burning ballad might have delivered to this track.

This could simply mean that the narrator still finds joy in “every little breeze that whispers… Louise”, notwithstanding the disconsolation suffered due to interracial love. The silence about what it means to be in an interracial relationship in America, in the twenty-first century, is more of a complex reflection of the peoples’ aspirations and goals of tolerance than a statement about where we, as a country, actually are. We come closer to a more tolerant future not by ignoring the past, but by making light of it, as Kenny Fame has done here.

MORE ABOUT: Kenny Fame is a singer-songwriter, lyricist, poet, activist and performer. He performs frequently all over New York City. An alumna of Cave Canem (A Home for Black Poetry), Fame fuses music and poetry through powerfully transparent performances focusing on relatable lyrics, alongside catchy hooks that instantly connect with any music fans; his music goes beyond all musical genres and racial color lines and bridges the gap between classic soul, 90’s Neo-soul, and contemporary urban music.