The name is Master S, and the swag given is probably the first thing you would remember about the Edmonton born rapper and producer, if you’ve been following him from day one. That was part of his debut single “Intro To The Game”. He later dropped what might be his hottest single “The Young and The Reckless” followed by his debut mixtape also of the same title.

Master S comes from Edmonton, Alberta but currently lives in the small town of Morris, Manitoba which he likes to call “Ratchet Town”. He started a new trend he likes to call ‘Turnt Up Friday’ where he drops new music every Friday to get his fans turnt up for the weekend.

Master S is currently in College but still finds the time to cook up new music. He sees himself building his fan-base and growing as an artist when he is done with school. He is also currently working on his next mixtape – “It Is What It Is” – which he is planning to drop in June.

Master S is on radio rotation with the tracks “The Young and The Reckless” and “Baby Steps”. 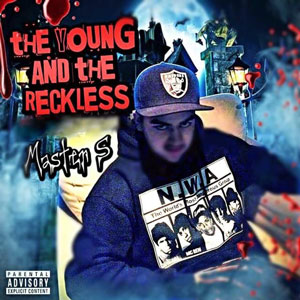