Sean Mullaney, 26, is a singer/songwriter that has been performing live for over a decade. During that span he has amassed a number of shows totaling well over 1000. Within that stretch he has had the good fortune to open for national acts Kenny Wayne Sheppard, Sugar Ray, and Third Eye Blind. He released his debut EP, “Lines” to all online music platforms on July 21st, 2015. “Lines” is awesome. It is one of a kind and has a very bold and confident style, especially for being Sean Mullaney’s first. I’ve listened to lots of music, and this doubtlessly stands among the solo rock debuts I have heard.

Visionary, perfectly executed and technically impeccable, Sean sets the standard for crossover, alternative and classic, blues-influenced hard rock with this one. I can’t really think of a place to start in praising this album, but Sean Mullaney’s vocals are as good a place as any. From the hushed tones of “Summer in December feat. Charity Lockhart” to the cathartic wailing of tunes like “Steppin Outta Line” , Man in White and the propulsive singing of “Get Mine“, Mullaney can simply do it all.

The retro, churning riffs, spawned by Olivier Zahm and Billy Cioffi’s soaring, overdriven guitars, complete the powerful atmosphere of these songs. Add in Ryan Baker’s nimble and inventive drum work, and the result is a concise musical masterpiece. Robert Plant and Glenn Hughes devotees like myself will recognize the unmistakable resemblance and brilliance of Sean Mullaney’s razor-sharp vocals. His voice becomes more emphatic as it switches from verse to chorus, which aids in “pumping you up” for each subsequent track. On “Get Mine”, Mullaney’s voice seems to totally float over the band, rather than just melding with them, thus the hooks in his vocals really comes out strong. The track is surprisingly innovative, with hints of acid rock and psychedelia in the bridges and verses, along with a muscular riff in the choruses.

“Man in White” is both resolute and intricate, swapping between mammoth power and melody. With both elements in place, this track should be the one to blast Sean Mullaney through the door. On a purely visceral level however, both “Man in White” and “Steppin Outta Line“,  showcases principally four remarkable musicians at the top of their game, while Sean Mullaney’s lower register sorties and high-reaching banshee-wails, sit perfectly within the solid framework they weave – the guitar play, the thumping bass and the corybantic drumming.

The one thing that struck me continuously throughout this recording is how Mullaney’s voice, together with the music, reaches varied states of elegance and pure aggression during the songs. With the pinnacle of elegance probably being reached in “Summer in December feat. Charity Lockhart“. When you look at today’s landscape of modern hard rock what you usually get are repetitive power-chord bands that pretend to tap into the visceral well of rock bred by legendary artists from the past, but they all come back empty-handed because they want the journey expressed through radio and TV. True expression of creativity starts down a different road, one which Sean Mullaney has surefootedly entered into with “Lines”.

Every single track here is a gem in its own right, giving this EP a consistency that is seldom found in any collective recording of any genre. If you haven’t bought “Lines” yet, you’re missing out on a rare and powerful musical experience that comes around more seldom than does Halley’s Comet. And if we’re talking pure rock vocals, of the kind owned by Sean Mullaney – even less than that! 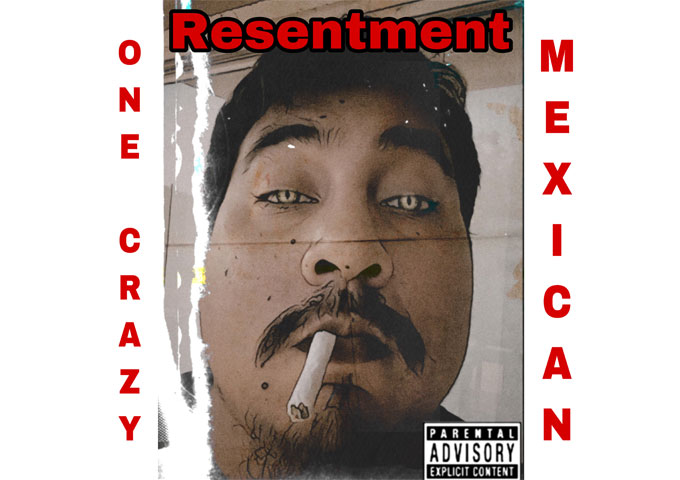